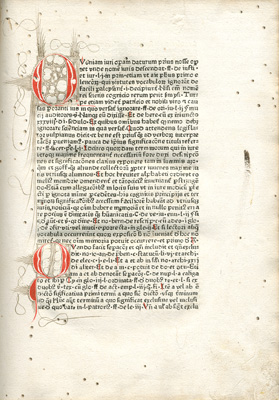 until its last appearance seventy editions later in the early seventeenth century (possibly 1618). The earliest manuscripts of the text and the first printed editions are both fifteenth-century – it is quite likely that the original text was completed by 1424.

The text is an authoritative collection of terms and concepts taken from legal texts dating from the twelfth through  the fifteenth centuries, including the Vocabularius Stuttgardiensis (1432), the Collectio terminorum legalium (c. 1400), and the Introductorium pro studio sacrorum canonum of Hermann von Schildesch (c. 1330). Although the authorship is uncertain; Vocabularius is attributed to Jodocus, a jurist of Erfurt University, whose name appears in the colophon of some manuscripts of the text.