A title search prior to a sale is by no means new. This transaction represents a large land purchase and as such a comprehensive title search was undertaken. 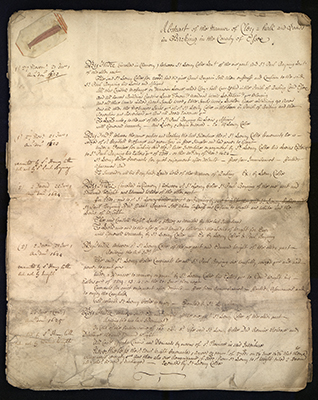 The search went back to 1623 and concludes with a reference to the current sale by Campbell Price to Peter Eaton, the purchaser. Additional later documents in the collection trace the later history of the property before it was inherited by Peter Eaton’s cousin, Hannah Markland in 1769. In addition to the title search, the collection includes related sale documents.