Caspar Ernst Theodor de Parmentier. The attractive wax seal was originally encased in a small metal box, the lid of which is now lost, and attached to the document with a green silk ribbon. The seal is that of the Faculty of Law at the University of Trier.

Caspar Ernst Theodor de Parmentier later sat as Assessor (Judge) in both the Ecclesiastical High Court and the Secular High Court in Cologne.  Herr de Parmentier was born April 25, 1700, in Fulda in what is now central Germany.  He later married Maria Sybilla Bardenhewer of Cologne.  He died in Cologne on March 18, 1765, at the age of 64. 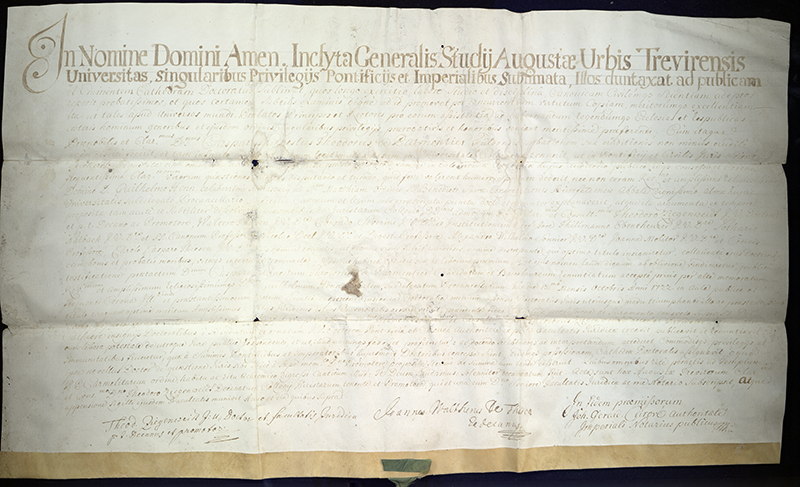