Admission of a Burgess

Charter of the Mayor and Burgesses of Bedford 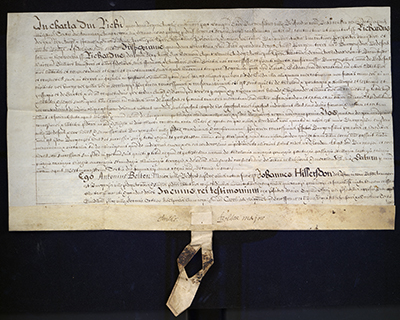 Here the mayor of Bedford, Anthony Bolton, proclaims that John Hillersdon, esquire, of Ellstow and burgess of Bedford is entitled to all rights and privileges of a burgess, most specifically, exemption from a toll. A burgess, in this case, was an official or representative of the municipality.