In School District of Abington Township v. Schempp, the Supreme Court considered the constitutionality of a Pennsylvania law 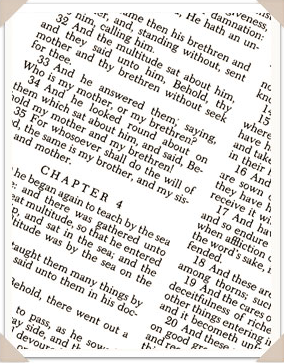 requiring students who attended public schools to participate in opening exercises, which included the reading of at least ten verses of the Bible at the beginning of the school day. These verses could be broadcast over the intercom system if the school was so equipped or by teachers or students in individual classrooms. A recitation of the Lord's Prayer generally followed the verse reading.

Ellery Schempp, the oldest of the Schempp children, objected to this requirement based upon his Unitarian faith. With the assistance of the ACLU, Edward and Sidney Schempp brought suit on behalf of their children, Ellery, Roger, and Donna, alleging that the Pennsylvania law and its interpretation by the School District of Abington Township (which the Schempp children attended) violated the religious freedom of students as protected in the First and Fourteenth Amendments. While the case was pending, the Pennsylvania legislature amended the law to allow students to be excused from the readings.

The Court considered School District of Abington Township v. Schempp with a similar case, Murray v. Curlett. Atheist Madeline Murray, on behalf of her son, William J. Murray III, challenged the constitutionality of a Baltimore statute requiring Bible-reading or recitation of the Lord's Prayer at opening exercises of public schools in Baltimore.

In an opinion delivered by Justice Clark, the Court found that the required activities encroached on both the Free Exercise Clause and the Establishment Clause of the First Amendment since the readings and recitations were essentially religious ceremonies and were "intended by the State to be so." Further, the ability of a parent to excuse a child from these ceremonies by a written note was irrelevant since it did not prevent the school's actions from violating the Establishment Clause.