On May 23, 1957, the Cleveland police searched the home of Dollree Mapp, the ex-wife of light heavyweight world boxing champion 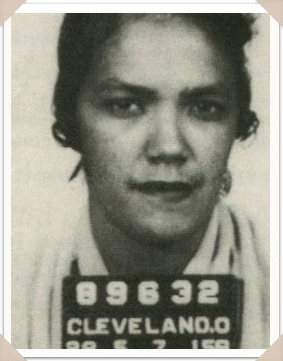 Jimmy Bivans. The police were investigating a recent bombing and suspected that Virgil Ogletree was hiding inside the house. When police arrived, they refused to tell Mapp why they were there and Mapp refused to allow police inside without a search warrant. After waiting several hours, police entered the residence and began to search the premises over the objections of Mapp and her attorney. A police officer presented a piece of paper claiming it was a search warrant, but would not allow Mapp to see the paper.

During the search, the police officers discovered a gun and several obscene books and photographs. Mapp was arrested and charged with possession of obscene materials under Section 2905.34 of the Ohio Revised Code, which provided that it was a felony for any person to "knowingly have in his possession or under his control an obscene, lewd or lascivious book, magazine, pamphlet, paper, writing, advertisement, circular, print, picture, photograph or pictures or stories of immoral deeds, lust or crime." Under Ohio law, the possession of obscene materials was punishable by no less than one year in prison and not more than seven years in prison. Mapp was convicted of possession of obscene materials, and appealed based upon an argument that the Ohio statute was overly broad and violated the First Amendment's freedom of expression clause. After the Supreme Court of Ohio upheld her conviction, the case was appealed to the United States Supreme Court.

Instead of focusing on the First Amendment issues, the Court focused on the possible illegality of the search discovering the obscene materials due to the lack of a search warrant. The Fourth Amendment protects citizens from "unreasonable searches and seizures," and requires that warrants must describe "the place to be searched, and the persons or things to be seized." In an opinion delivered by Justice Clark, the Supreme Court held that evidence seized in violation of the Fourth Amendment was no longer admissible in state trials and overturned Mapp's conviction.