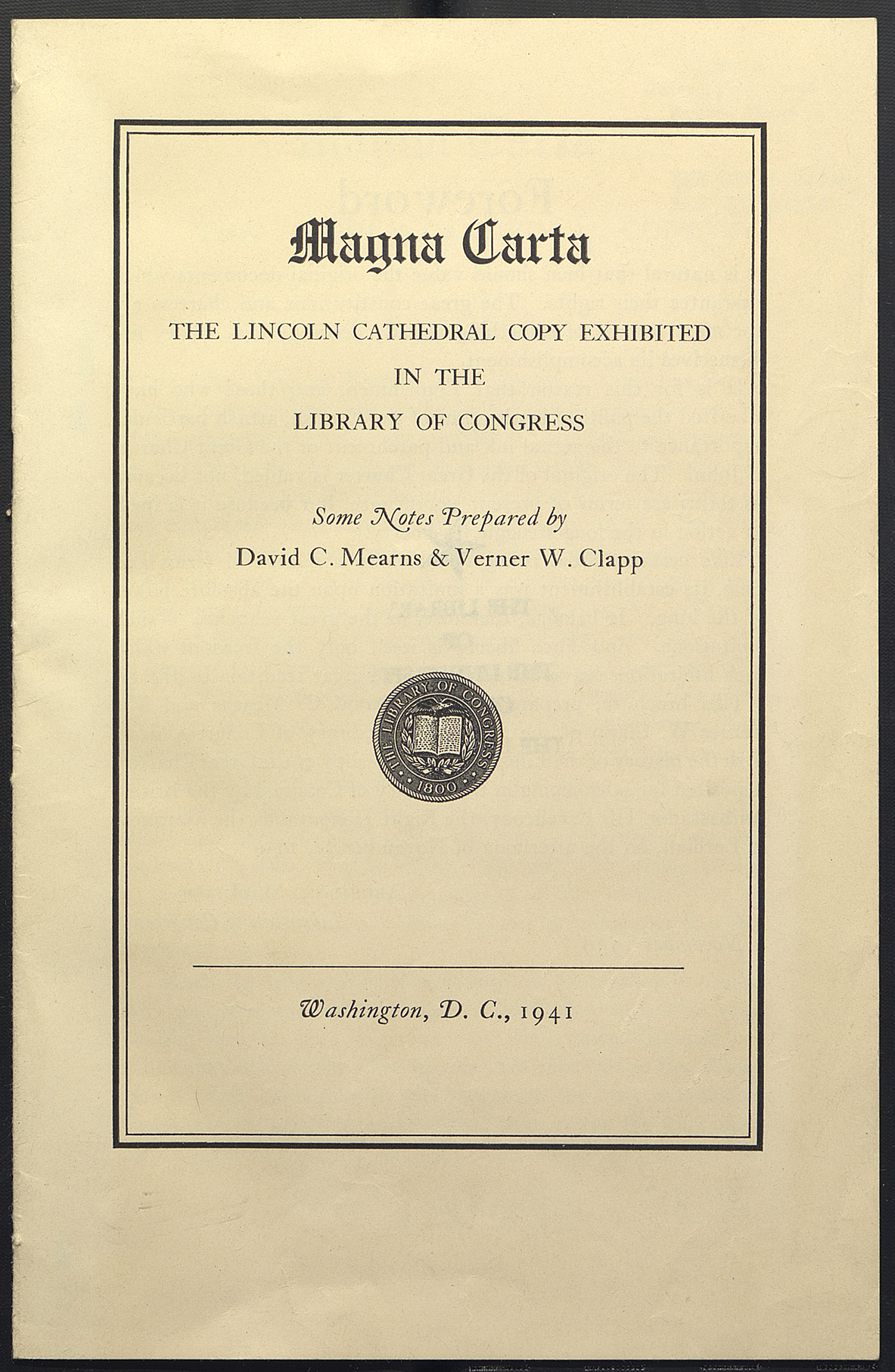 Of the four existing copies of the original 1215 version of Magna Carta, the Lincoln Cathedral copy is considered to be the best preserved.

In 1939 and again in 1940, Lincoln Cathedral’s Magna Carta was exhibited at the New York World’s Fair. This first overseas loan of Magna Carta was made on the advice of the Department of Overseas Trade, which hoped that the loan would strengthen Anglo-American relations. The Lincoln copy was then placed on display at the Library of Congress (pamphlet at right).

In 1941, Prime Minister Winston Churchill (1874-1965) proposed that the Lincoln copy of the 1215 Magna Carta be gifted to the United States in the hope that the gesture would increase American support for the British cause in the Second World War. Swiftly, the British government realized that the Lincoln copy was not government property, and that it was unlikely that the Dean and Chapter of Lincoln Cathedral would surrender their treasure. The proposal was dropped. War made it unsafe to return the document to the United Kingdom and the Lincoln Magna Carta spent the rest of World War II at Fort Knox. The copy was returned in 1946.

The copy held by Lincoln Cathedral was again exhibited in the Law Library of Congress in Washington, D.C., from November 2014 until January 2015 to celebrate the 800th anniversary of the document.

Gift of the Library of Congress, 1942