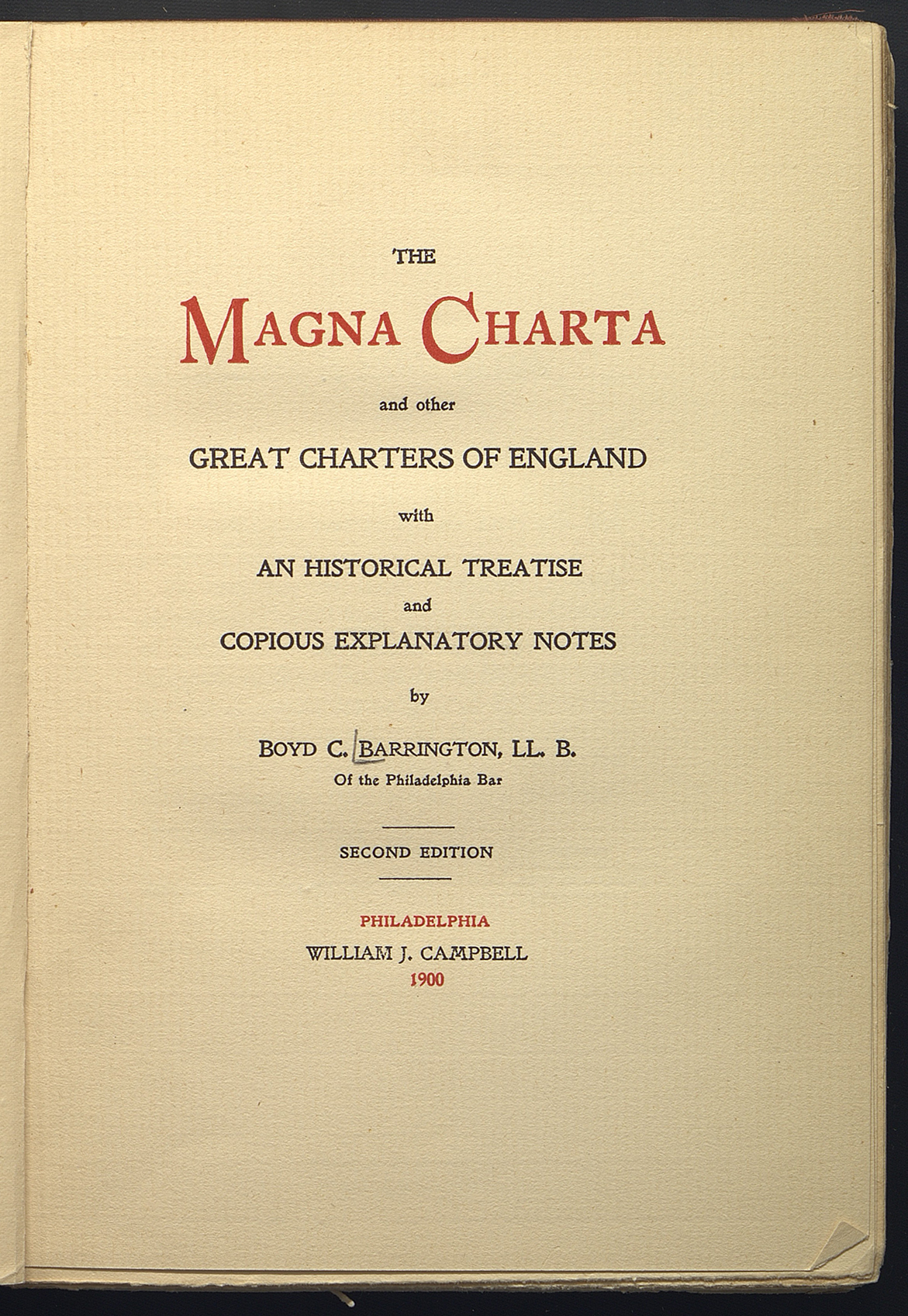 The first edition of this work (1899) was so popular that a revised second edition was issued the following year. The author’s intention was to make Magna Carta accessible to the general public. Although the book received a scathing review in The American Historical Review, it was tremendously successful. The work continues to be cited in legal scholarship and was issued in facsimile by the Lawbook Exchange in 1993, as well as being available in paperback.

Boyd Cummings Barrington (1869-1947) was a member of the Philadelphia Bar. He attended the University of Pennsylvania, earning an L.L.B. in 1891 before pursuing a postgraduate degree in law at the same institution. This was his only published book. Barrington died and is buried in Los Angeles, California.

William James Campbell (1850-1931) received an M.D. and Ph.D. from the University of Pennsylvania in 1871 and was active in the Historical Society of Pennsylvania, Germantown Historical Society, and the Catholic Total Abstinence Movement. Campbell originally intended to pursue a medical career, but his father’s failing health drew him into the family business. In 1874 William Campbell took over his father’s flourishing bookstore. Campbell published a large number of works dedicated to Pennsylvania history, including his own nearly comprehensive compilation of the writings of Benjamin Franklin. Like many printers of his era, he was a book collector, author, printer, and publisher, as well as a bookstore owner.