Magna Charta, Made in the Ninth Year of King Henry the Third. And Confirmed by K. Edward the First England. Translated by Edward Cooke, Esq. London: Printed by the assignees of Richard and Edward Atkins, Esquires, for Thomas Simmons, at the Prince's Arms, in Ludgate-Street, 1680. 16 cm. Bound in full sheep. 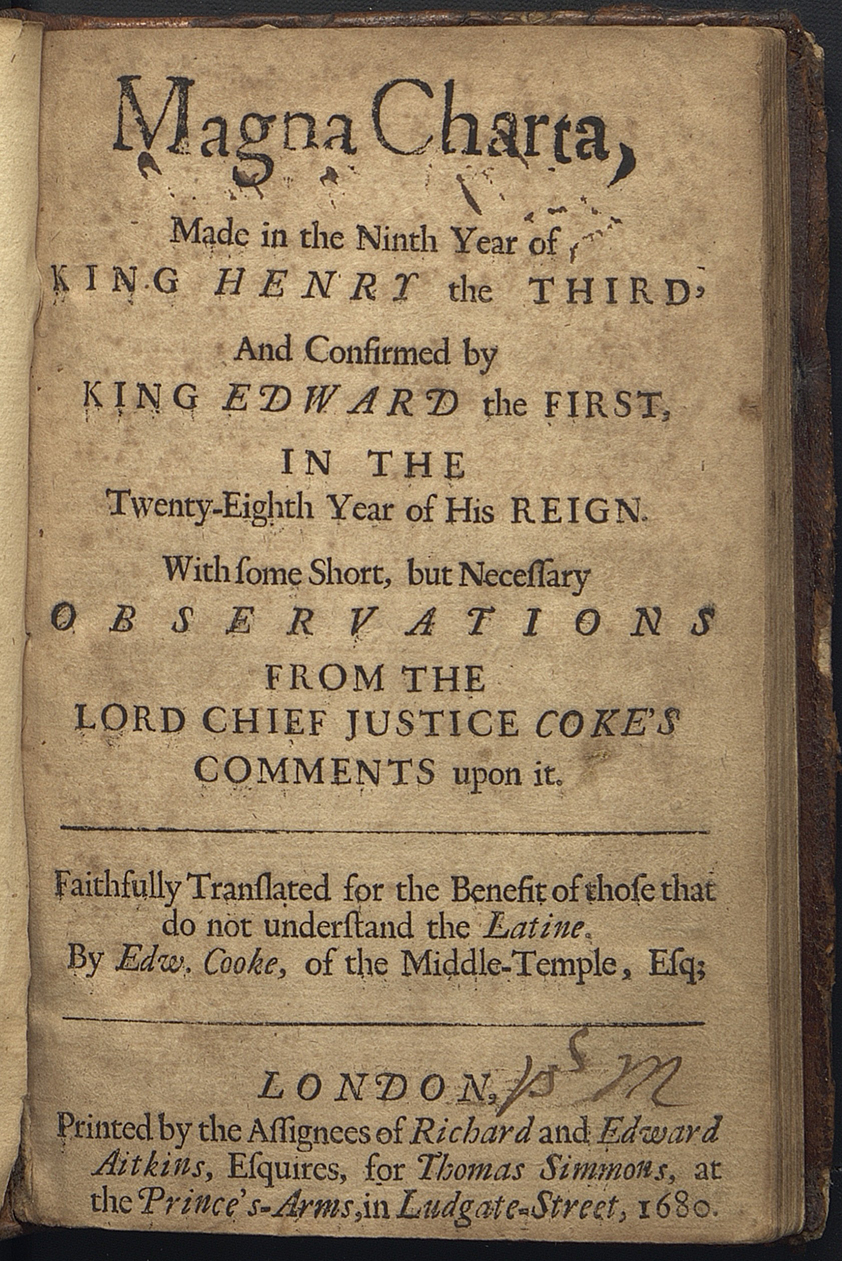 This work provides an English translation of Magna Carta, accompanied by interpretations of the document from Lord Chief Justice Edward Coke (1552-1634), from his Institutes of the Laws of England (1644). Barrister Sir Edward Cooke (c. 1650-c. 1705) sought to provide access to this foundational document to the many practitioners and common people who did not read Latin. The combination of a concise translation and a digest of Edward Coke made the work very popular, especially among law students. The work remained a fundamental law book until it was superseded by William Blackstone’s introduction to his edition of the charters in 1759. From a North American perspective, the work was even more important. Although Edward Coke’s four volume Institutes was known and read, this slim volume was far more popular. As the colonies drafted their own charters, many included the liberties enumerated in Magna Carta. The work is quite rare, since it was heavily used.

Edward Cooke was a London barrister. He was admitted to the Middle Temple around 1670 and was called to the bar about seven years later. Little is known about his life, although his writing was of great importance. He joined the polemical battle against Catholic King James in the 1670s, and much of his career was dedicated to the writing of political discourses.