Magna Carta in Volume One of Statutes at Large

Danby Pickering. The Statutes at Large from Magna Charta, to the End of the Eleventh Parliament of Great Britain, anno 1761 [continued to 1806]. Cambridge: Printed by Joseph Bentham, 1762-1807. 23 cm. Modern full calf. 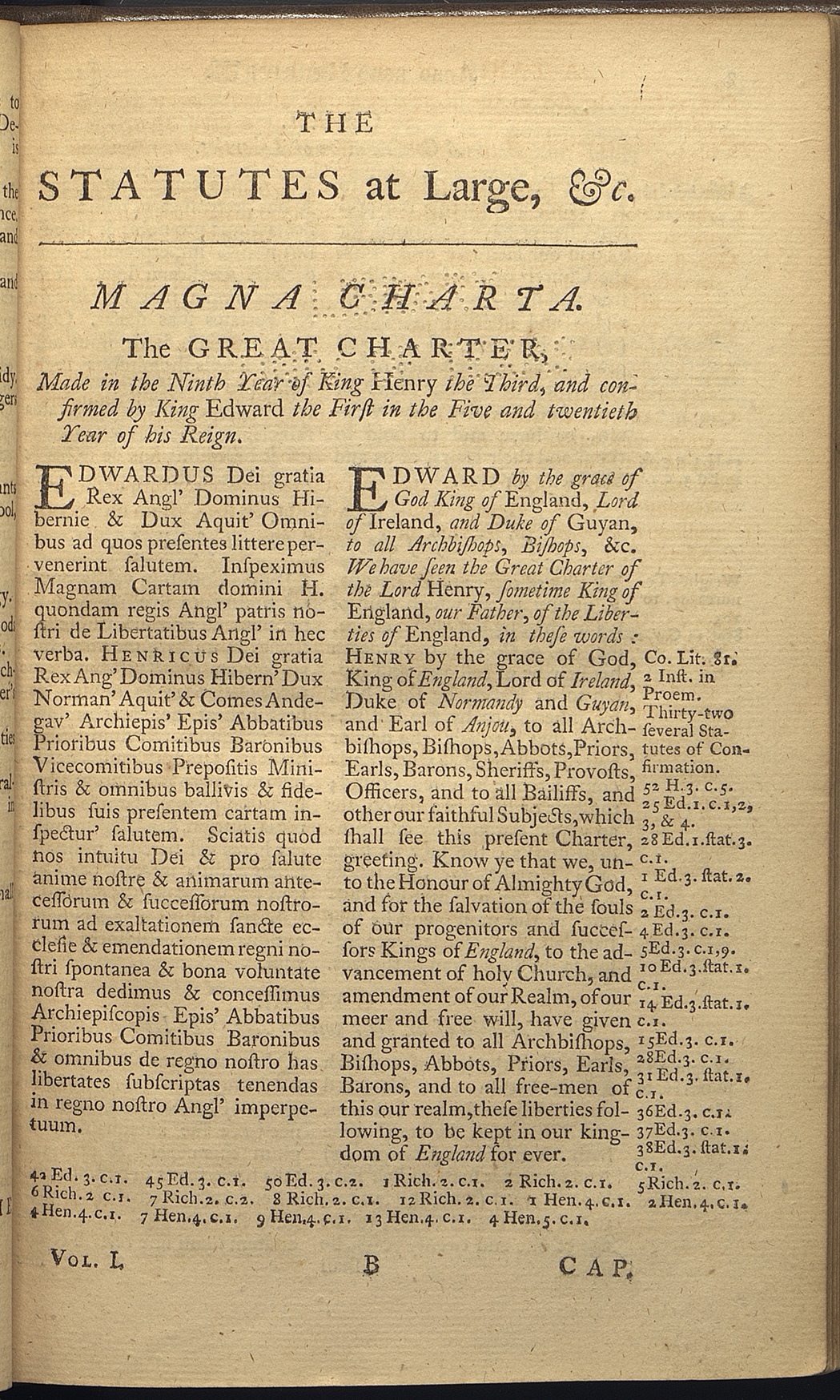 This monumental work, ultimately stretching to over one hundred volumes, begins with the edition of Magna Carta ratified by Henry III in 1225 and confirmed by Edward I in 1297. The text appears in two columns, one in Latin and the other in an English translation. Abbreviated citations to the yearbooks, statute books, and important treatises appear in the margins. References to John Selden and Edward Coke confirm the renewed importance of Magna Carta in legal thinking.

Danby Pickering (c. 1716-1781) was admitted to Gray’s Inn in 1737 and called to the bar in 1741. He spent his career as a legal writer, beginning with a new edition of Modern Reports (1757). He is best known for Statutes at Large, an abridgement of The Statute Book ("the surviving body of enacted legislation published by authority"), twenty-four volumes of which appeared during his lifetime. The work continued under his name until 1807, and continued without his name on the title page until 1809.