Reports from the Select Committee, Appointed to Inquire into the State of the Public Records of the Kingdom, etc. Ordered by the House of Commons to be printed 4th July 1800. [London: Printed by Luke Hansard], 1800. Engraved by James Basire. 46 cm. Quarter cloth over pasteboard. 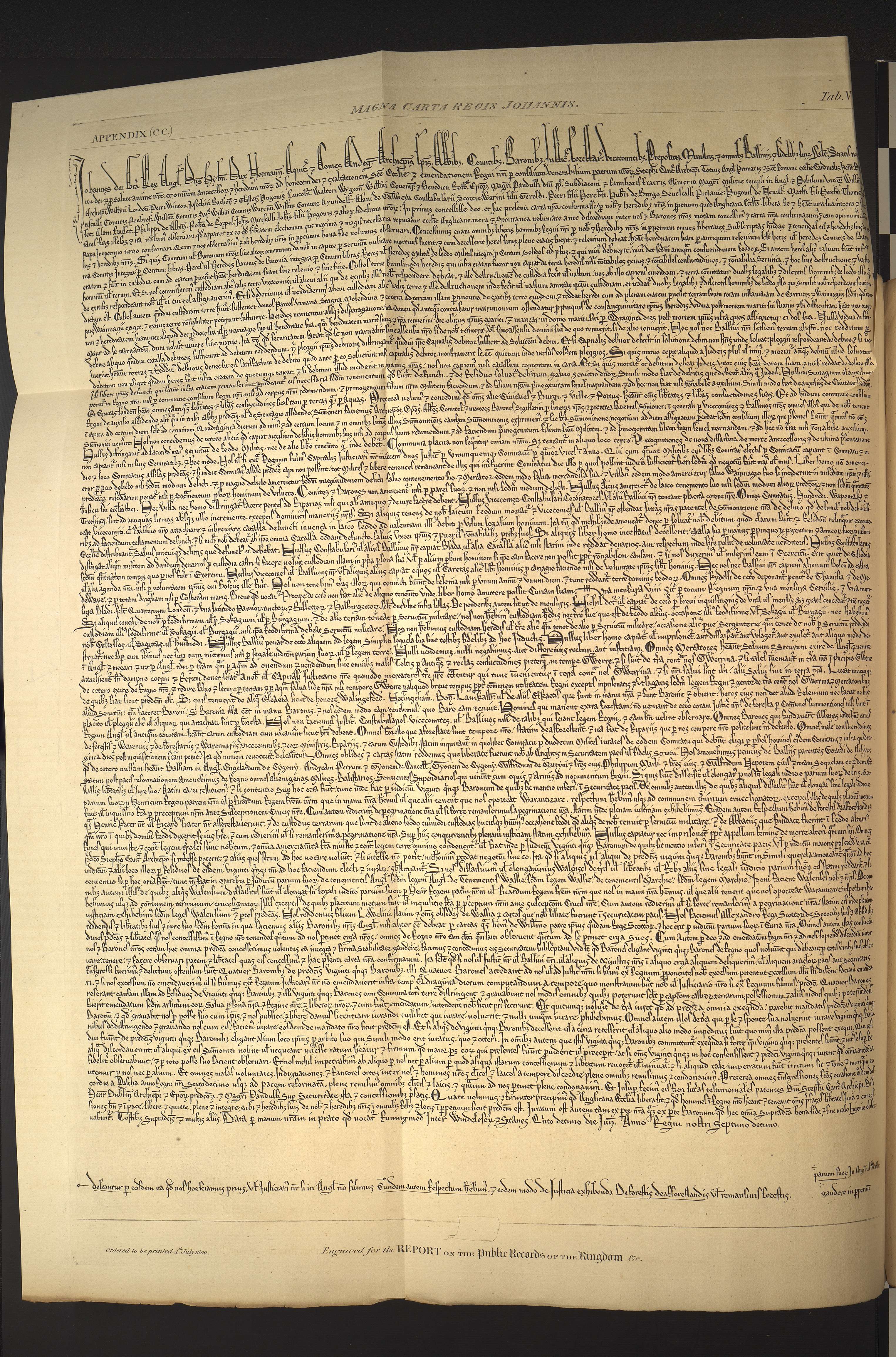 The Record Commissions were a series of six Royal Commissions which met between 1800 and 1837 to establish the custody and public accessibility of state archives. The final fruition of the Commissions was the establishment of the Public Record Office in 1838.

The public records were at this time housed in a variety of repositories, including the Tower of London, often poorly organized and in less than ideal conditions. A single central repository was recommended as early as 1800, but the Public Records Office did not come into being for almost forty years. In the interim, the Commissioners moved various records into new locations, which although sometimes added better structure and organization, more often resulted in further loss and disorganization.

James Basire (1769–1822) engraved the facsimile included in this volume After serving as his father’s apprentice, James Basire became the third generation of engravers in the family. He succeeded his father as engraver to the Royal Society. He also executed a number of plates for the Society of Antiquaries. The most important work of the latter part of his career was a set of seventeen plates of the Bayeux Tapestry on which he worked in 1819–22.