Samuel Johnson. A History and Defence of Magna Charta: Shewing the Manner of its Being Obtained from King John. London: Printed for J. Bell ... at his Circulating-Library, 1772. 23 cm. Modern buckram.

Samuel Johnson (1709–1784), author and lexicographer, was born in Litchfield, Staffordshire. He was educated at Pembroke College, Oxford from 1728-1729, but held no degree until the university conferred an MA on him in 1755 in recognition of the publication of his Dictionary of the English Language. 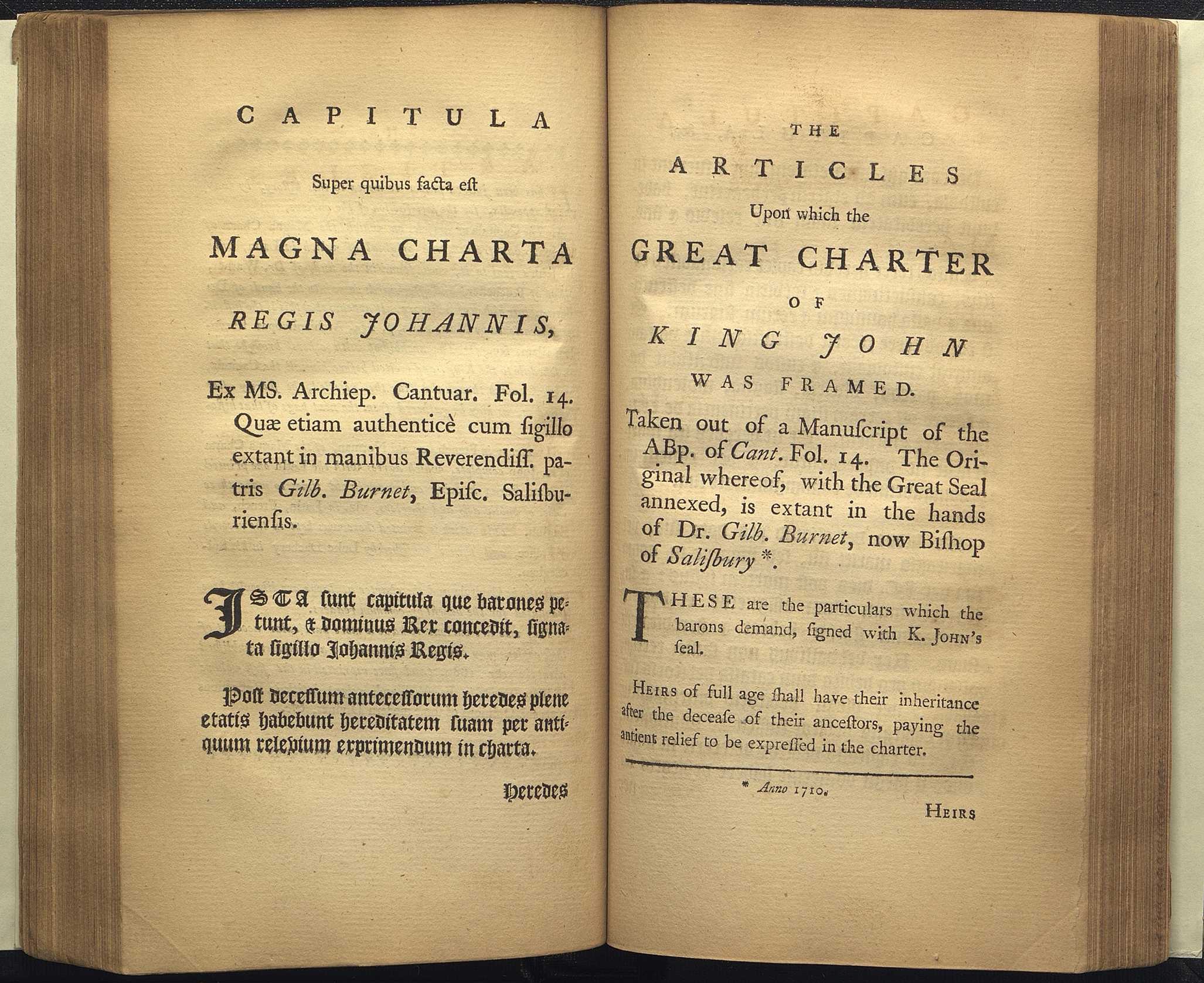 Johnson's first professional appointment was as a writer for the newspaper, The Birmingham Journal. His career was hindered by various chronic illnesses and for years he was employed in short term teaching and writing positions. In 1746 Johnson was commissioned to compile an English language dictionary, which he completed in 1755. From 1760 on he lived on a pension and continued to write in a variety of genres, especially biography. He spent much of his later years traveling extensively. After his death, he rapidly achieved a celebrity he had not enjoyed during his lifetime.

Johnson, unlike Blackstone and Coke, viewed Magna Carta as an antiquarian document providing liberties not to all of England, but simply a handful of barons. His “Defence” reads more like a condemnation than a celebration of the document.