An Early Compilation and Abridgement of English Statutes

Ferdinando Pulton. A Kalender, or Table, Comprehending the Effect of All the Statutes that Haue Beene Made and Put in Print. London: Printed for the Company of Stationers, 1606. 30 cm. Modern quarter calf over marbled boards. 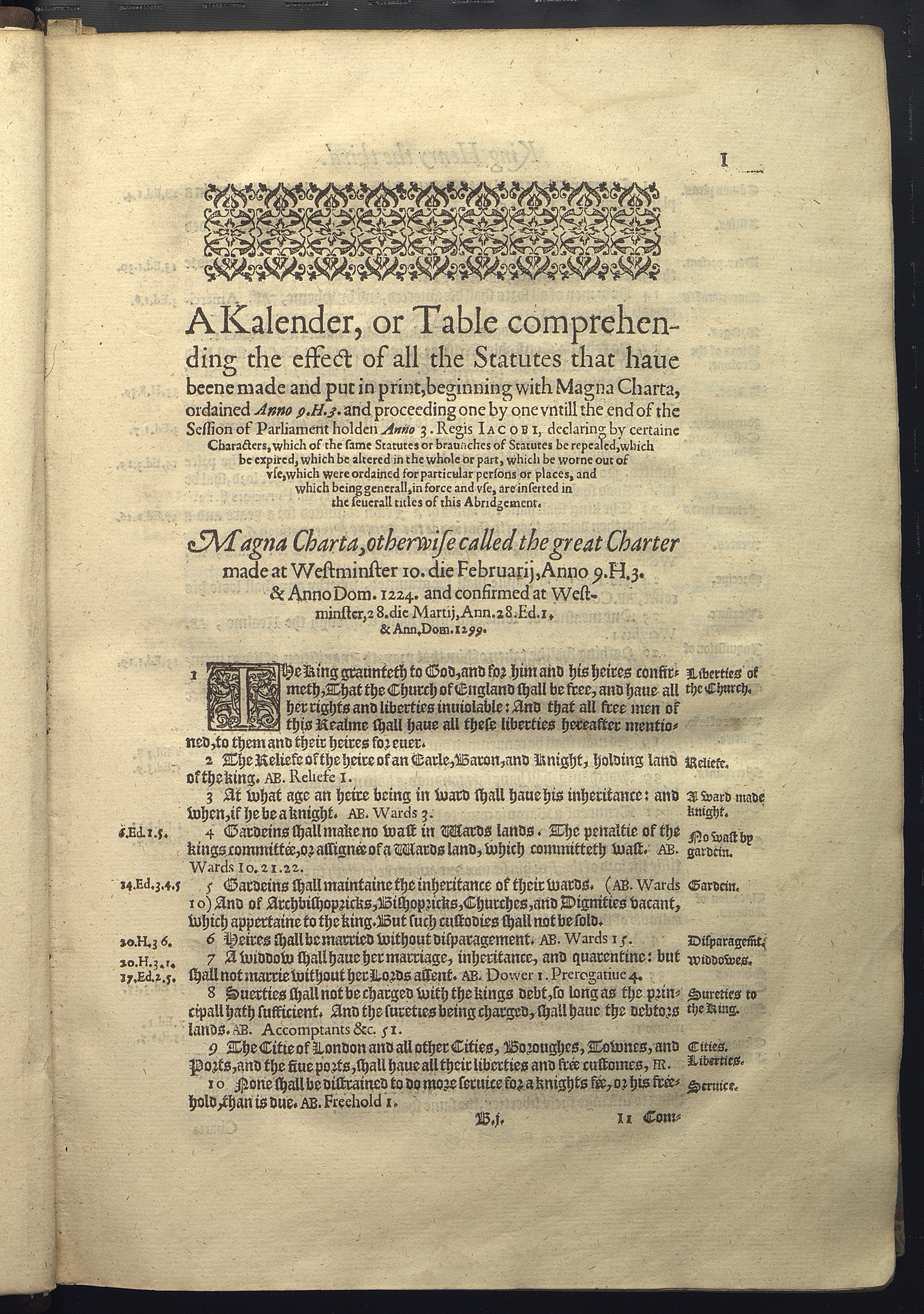 This work was the second compilation of statutes undertaken by Pulton. He began work on making abridgements of the statutes of England as early as 1560 and continued publishing statutory works through 1618. This work begins with a chronological synopsis of all the statutes, with a coded system indicating repeals, obsolescence, amendments and so on. The chronology occupies the first 105 leaves of the work – the rest is an alphabetically arranged abridgement of the statutes, with special attention to those concerning justices.

Ferdinando Pulton (1536–1618) received a BA from Christ Church College, Cambridge in 1557, before continuing his education at Braesnose College, Oxford. He was admitted to Lincoln’s Inn in 1557, but perhaps because he was a Roman Catholic, was not called to the bar until 1609. Legal research and writing occupied most of his professional career. Pulton was hired by the Clerk of Parliament and the Keeper of Records to research the records of parliament, the first private individual to enjoy such a responsibility.