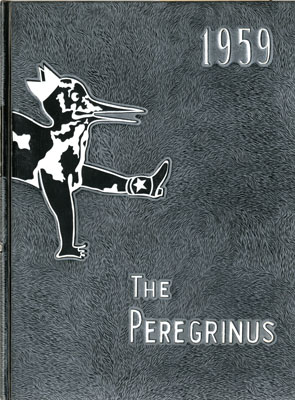 of Texas School of Law. The Peregrinus, which was published from 1949 to 2004 is one of Rare Books & Special Collections' most utilized archival resources. In addition to capturing the images of law students, some of whom would become judges, politicians, and other legal luminaries, the Peregrinus captured an annual snapshot of law school life. Over the course of its fifty-three year run, the Peregrinus honored numerous dedicatees, chronicled law school traditions and commemorated local and national events that affected the lives of law students, ranging from Law School construction milestones to the September 11, 2001 attack on the World Trade Center.

Digital versions of the Peregrinus yearbook are available at  http://tarlton.contentdm.oclc.org/cdm/landingpage/collection/p16651coll13.