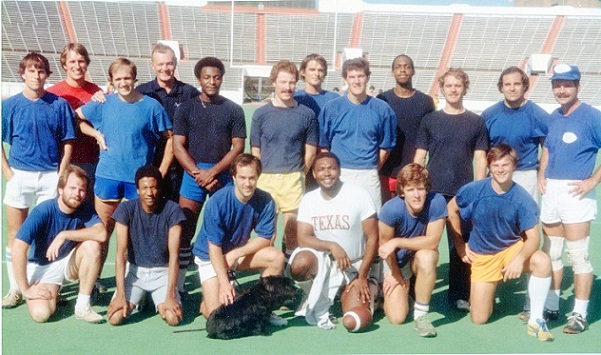 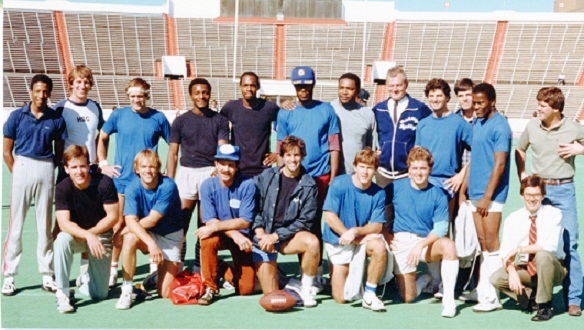 No intramural season was played in 1981 due to reconstitution of the intramural field.

* forfeit
** lost by one penetration 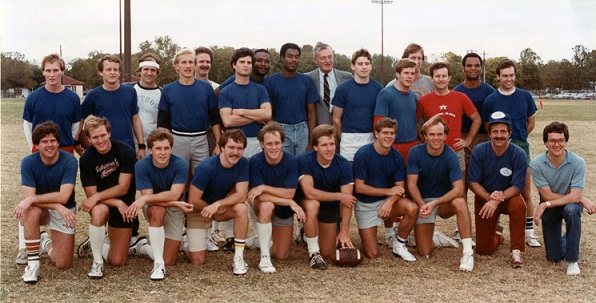 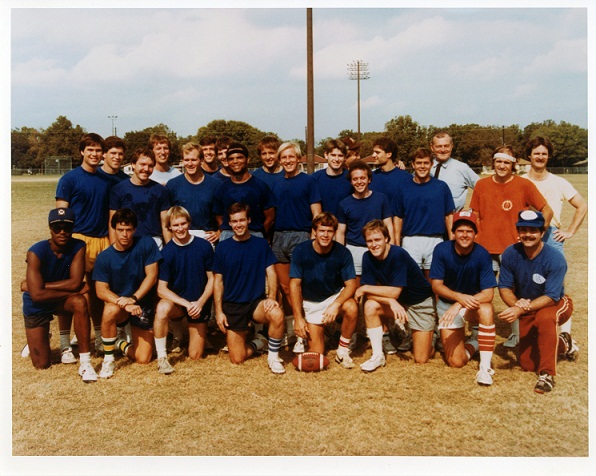 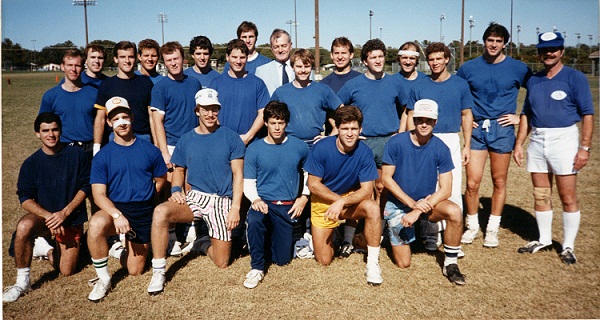 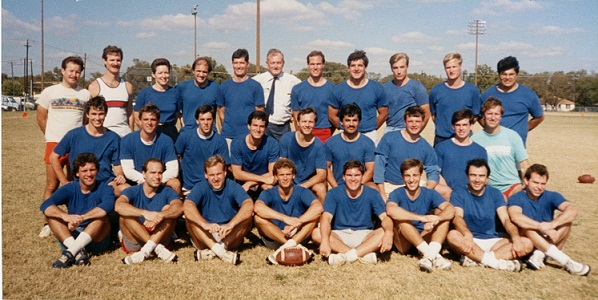 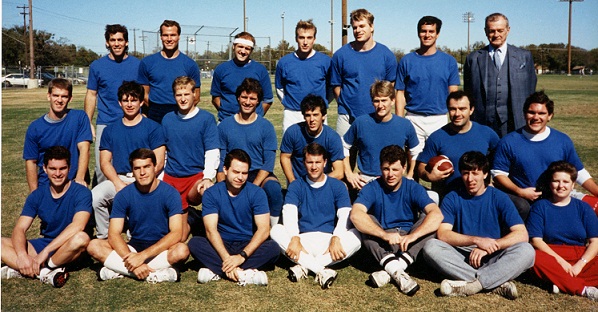 In December 1988, the Legal Eagles traveled to New Orleans, Louisiana to compete in the Flag Football National Tournament. Greg Farnik, '89, recalled, "In spite of competing against the best undergrad teams from around the country, and facing the disadvantage of pulling flags instead of playing touch football as we did at UT, the Eagles advanced to the final 16 at the national tournament." 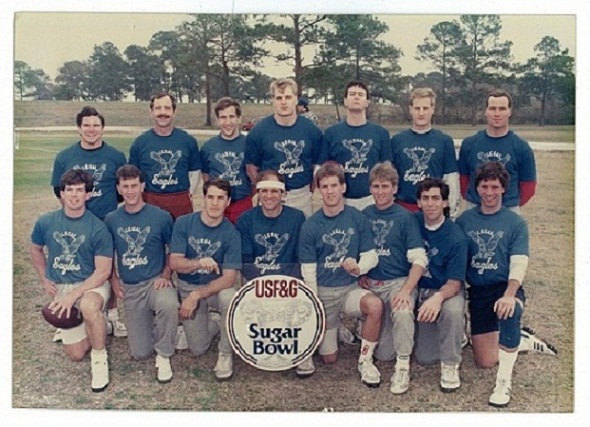 Photo from the collection of Greg Farnik, '89. 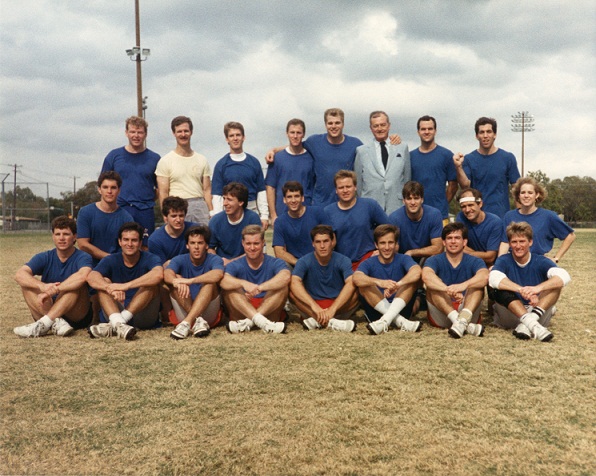