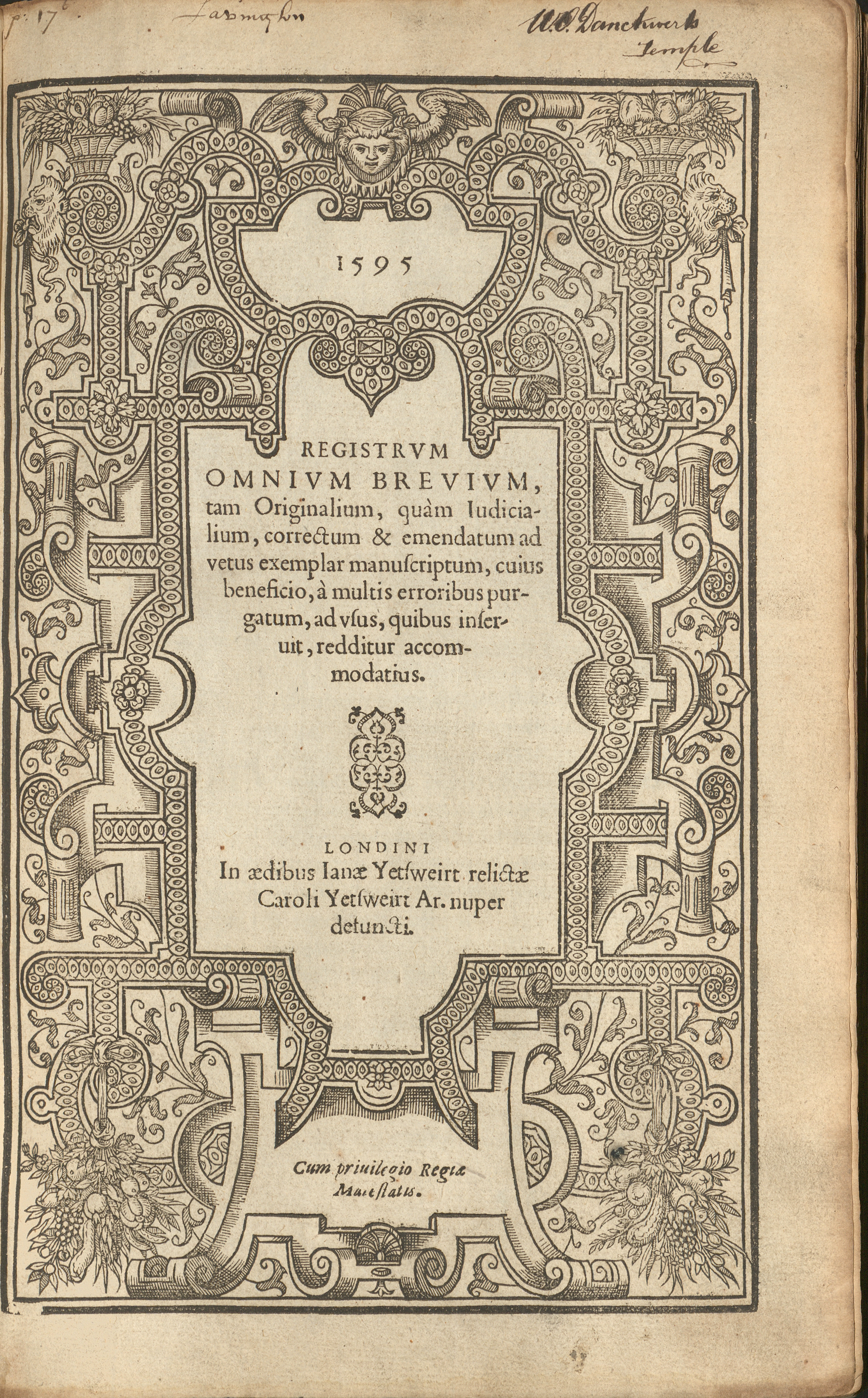 Jane Yetsweirt became one of England's first women law printers in 1595, when her husband Charles died and she took over the business. This included taking responsibility for the patent she inherited for printing common law texts in England. Printing patents were exclusive printing rights, overseen by the powerful Stationer's Company, London's printing guild.

Yetsweirt's fights to defend her printing rights from the Stationer’s Company are immortalized in her letters to Lord Oxford, as well as in the 19th century Saturday Magazine:

“Poor thing! She had trouble with the men, just as women do now who undertake to compete with them in business. “She got into trouble with the Stationer’s Company,” says the record, “and her letters are extant complaining of the company’s ill usage of her.”

Tarlton holds Yertweirt’s imprint of the Registrum Omnium Brevium, which she printed in 1595. The Registrum is a compilation of legal writs, edited by William Rastell, and noted by Edward Coke to be earliest law book printed in English.