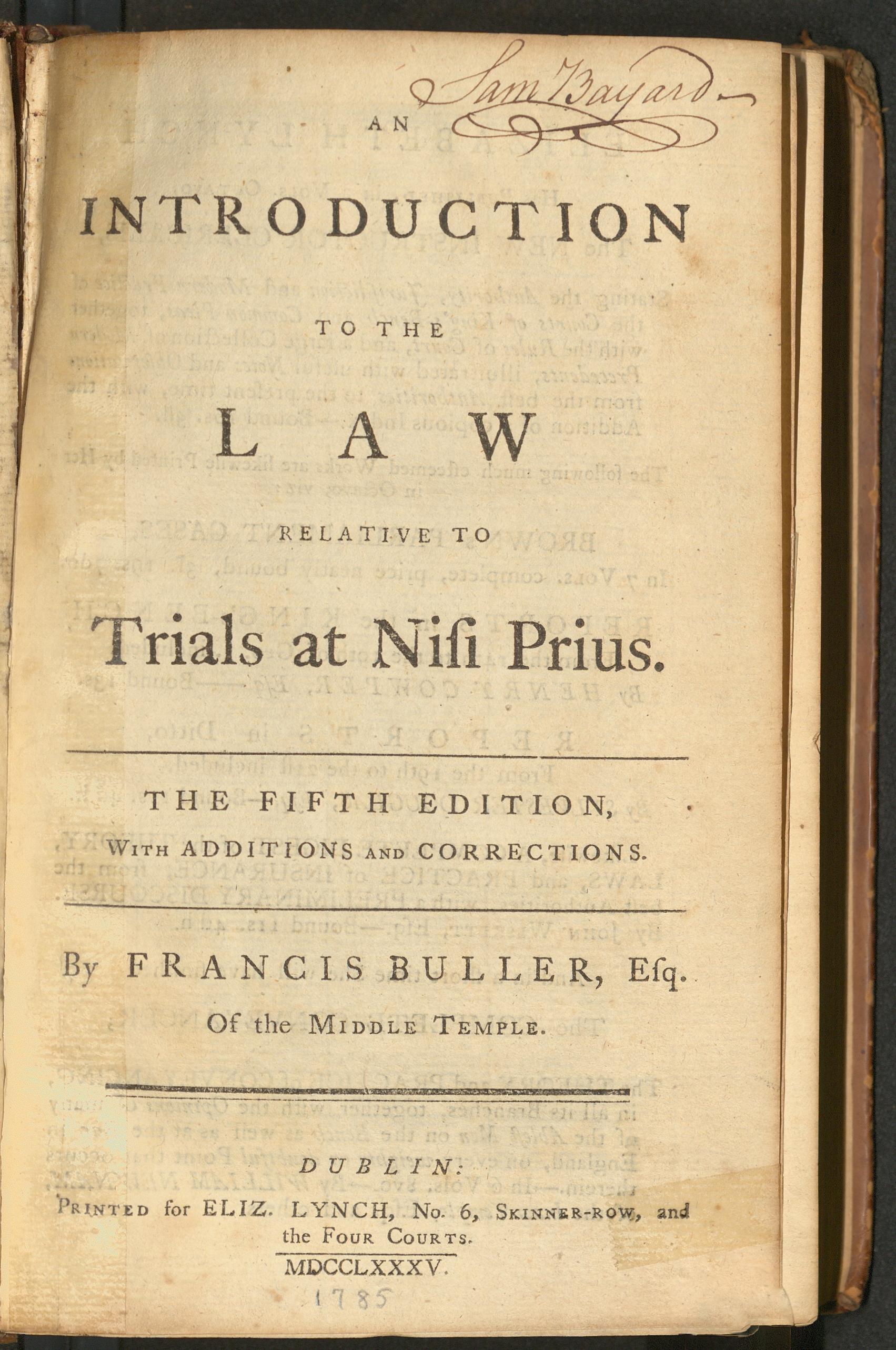 Tarlton holds several titles from one of the most prolific early woman printers. Elizabeth Lynch, an Irish printer, began appearing on title pages in 1762 when she inherited her press from her husband Richard Watts. In all likelihood, she had been involved in running the press as a family business before as an uncredited spouse.

In 1762, after her husband’s death, Elizabeth was granted the exclusive privilege of selling law books at court by the Society of the King’s Inn of Dublin, attesting to her expertise in printing law books.