Elizabeth Flesher is a little known 17th-century English law book printer who operated out of a shop in London. 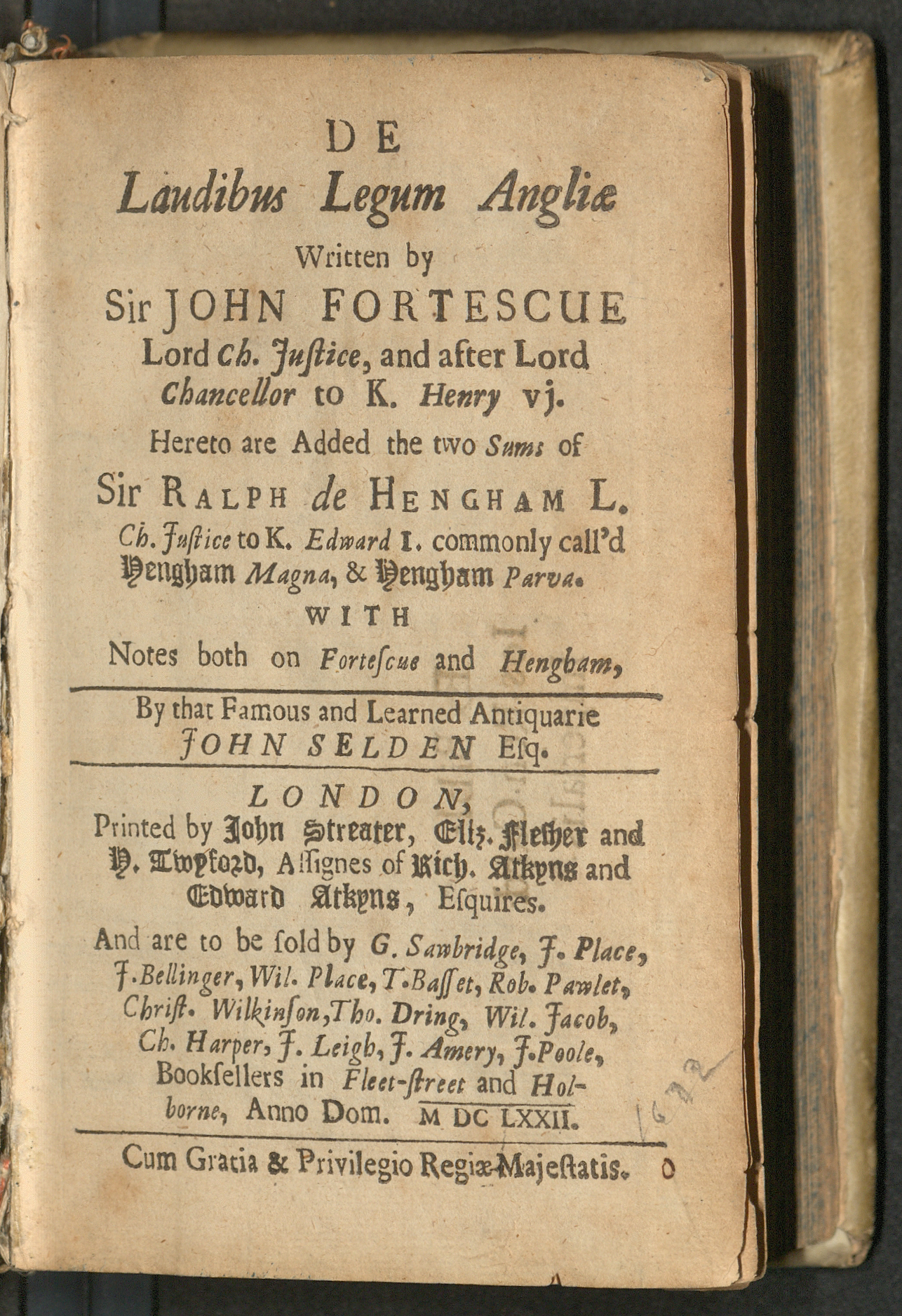 She inherited a share in the business and opted to be personally involved in the printing. Elizabeth is listed next to "H. Twyford" as a fellow "assignes," or loosely, heirs, of Richard Atkyns, 17th-century printer and book historian.

The example of her press’s work held by Tarlton is a printing of John Fortescue’s De laudibus legum Angliæ, with notes by John Selden.

Fortescue’s influential treatise on English law was written for the instruction of the young Prince Edward and first published in 1543.

De laudibus contains the first statement of what would become known as ‘Blackstone’s formulation,’ a foundational tenant of Anglo-American law:

"One would much rather that twenty guilty persons should escape the punishment of death, than that one innocent person should be condemned, and suffer capitally."