Berthold Rembolt had already established a print shop in 1502 when he and Charlotte Guillard were married. Rembolt died in 1518 and Charlotte published seven books as the Widow of Berthold Rembolt before she married Claude Chevallon, another printer, in 1521. With the death of Chevallon in 1537, Charlotte Guillard again became the sole owner of the Soleil d’Or printing press, and her name appeared for the first time on the printer’s mark. 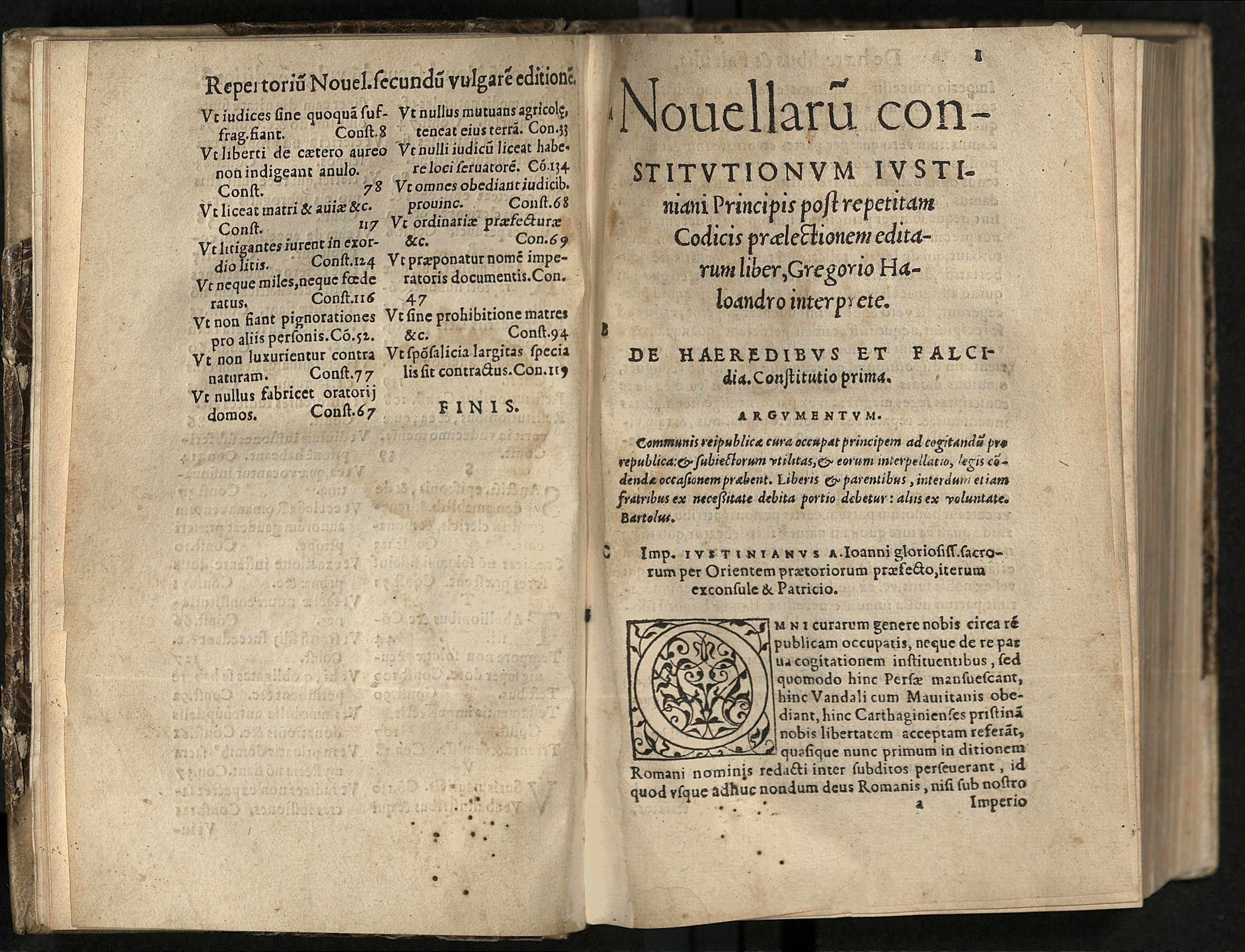 In addition to printing theological, religious and scientific works, Charlotte Guillard also specialized in Civil Law printing. As a named party in suits and contracts throughout her life, Guillard was familiar with the civil and customary laws of Paris as both a printer and a litigant.

She published four complete editions of the Corpus Juris Civilis, some in octavo sizes useful to practicing lawyers and students.

The work held by Tarlton, Justinian’s Novellae Constitutiones edited and annotated by the jurist Gregor Holoander was printed by Guillard in 1548.

Guillard also printed the Corpus Juris Civilis in Greek; her Greek Novellae Constitutiones, printed in 1542 was part of the library of the renowned English jurist Edward Coke.

Charlotte Guillard contributed to the academic community and printing culture of Renaissance Paris and earned her place among the great printers of the sixteenth century.