The Young case, Civil Action No. P-80-8-CA, was filed in 1980 and involved over seventy housing authorities in thirty-six East Texas counties. The named plaintiffs, Lucille Young, Virginia Wyatt, and Helen Ruth Jackson, had applied for low-income housing operated by the Clarksville and Pittsburg Public Housing Authorities. The plaintiffs alleged that tenants were assigned on the basis of race, that black and white residents of the same complex were placed into segregated areas, and that sites for new construction had the effect of maintaining black housing in primarily black neighborhoods and white housing in primarily white neighborhoods.

Judge Justice’s July 1, 1982 order permitted the action to be maintained as a class action. Further, it severed the litigation against Housing and Urban Development (HUD) from the action against the Clarksville and Pittsburg Housing Authorities. The latter actions subsequently because Young and Wyatt v.Whiteman, Director of the Housing Authority of the City of Clarksville, P-82-37-CA, and Jackson v. Housing Authority of the City of Pittsburg, Texas, M-82-162-CA. Materials on Young v. Whiteman may be found below.

Without conceding the correctness of the Court’s July 31 opinion, the defendants agreed to submit a remedial plan on or before December 17, 1985. 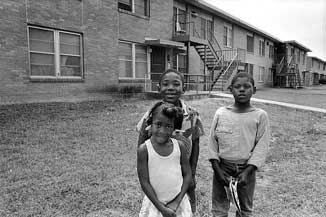 In July 1986, Judge Justice appointed a special master to assist in the case. The special master, Francis McGovern, was tasked with monitoring the efforts of HUD tocomply with the order for integration, study local housing authority programs to assist with desegregation, and to report to the court on HUD’s efforts and recommend further action as needed.

Defendants’ Memorandum Raising Objections to the Proposed Order of Reference, May 5, 1986.

At the same time, Judge Justice rejected the plan submitted by HUD. Instead the Court enjoined HUD from committing any further constitutional violations and required HUD to begin remedial efforts towards desegregation.

The original certified class covered HUD’s low-rent housing program, rent supplement program, and Section 8 program. While the case was on appeal before the U.S. Fifth Circuit, the parties stipulated to a narrower definition of the class that included only residents of and applicants to the low-rent housing programs owned by public housing authorities in the thirty-six counties of East Texas. In light of this stipulation, the July 1986 order appointing Special Master Francis McGovern was vacated and remanded.

Following the March 3, 1988 opinion and order reappointing and defining the role of the special master, Francis McGovern worked with the parties to assure compliance with the injunction.

The March 3, 1988 Interim Injunction prohibited HUD from subjecting class members to segregation on the basis of race by detailing the procedures for tenant selection, requiring HUD to create alternative desegregated housing opportunities for class members, provide notice to class members of housing projects and programs in relevant areas, direct programs in non-racially impacted areas in the affected counties to amend their housing plans for referrals to and from HUD. HUD was also required to designate employees to respond to requests and complaints from class members seeking housing in non-racially impacted areas as well as to keep a written record of these requests and complaints and the action taken by HUD, to conduct investigations into causes of racial disparity, and to file quarterly status reports with the court along other requirements. The quarterly status reports included HUD’s compliance with each provision of the injunction as well as the results of compliance. These reports were filed through 2001.

In March 1990, the plaintiffs moved to join the City of Paris, Texas and the Paris Housing Authority as defendants in the case. Judge Justice granted the motion.

In September 1990, Judge Justice granted the plaintiffs’ motion for an injunction to require action by HUD to remove vestiges of discrimination, effective monitoring and reporting, and action to prevent future violations.

By June 1991, HUD had filed and begun to implement 58 individual desegregation plans with the Court. Following the 1992 presidential election, a new administration was appointed for HUD. The previous plans were withdrawn with the Court’s permission for a four-month review. In February 1994, these plans were resubmitted with an amendment to each plan. 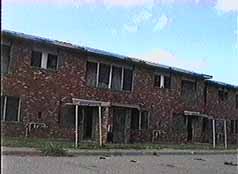 While HUD reviewed the previous plans, plaintiffs filed a motion for a final remedy order, prepared in the event that that HUD’s plan were insubstantial for achieving desegregation of East Texas public housing.

An evidentiary hearing was conducted on the adequacy of HUD’s amended desegregation plans on April 18, 19, and May 12, 1994.

A September 30, 1994 order required HUD to submit reports on the progress of initial rentals for new low-rent public housing in Paris and Nacogdoches, Texas. These reports continued through 1995.

In March 1995, a final judgment was entered in the case. Under the Final Judgment and Decree, HUD was required to file a “fully integrated” desegregation plan for each of the public housing authorities. Also required were “Memoranda of Understanding” for each municipality and public housing authority where neighborhood improvements need to be made. These indicate that the municipality agreed to effect any improvements.

In March 1996, HUD submitted a summary report. Although not required by the Court, the report summarized the desegregation actions taken by HUD from January 1994 through February 1996.

The transfer plan required twenty-five families to move from a white complex into two black complexes and twenty-four families to move from the black complexes into the white complex. In order to select the tenants to be transferred, names were drawn out of a hat. Judge Justice received letters condemning his decision as cruel, heartless, and uncompassionate.