William Wayne Justice was born in Athens, Texas, in 1920.  Awarded his Bachelor of Laws by the University of Texas in 1942, he served in the U.S. Army before returning to East Texas to practice law with his father and serve as the Athens’ City Attorney. 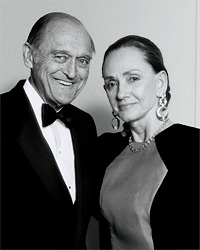 Judge Justice received the Thurgood Marshall Award from the American Bar Association for contributions to the advancement of civil rights in 2001.  The University of Texas School of Law established the William Wayne Justice Center for Public Interest Law in 2004. The Center serves as a resource for students, alumni, and the community and seeks to promote equal justice through legal education, scholarship, and public service. Two years later, Judge Justice became the first recipient of the Morris Dees Justice Award, named for the co-founder and chief trial counsel for the Southern Poverty Law Center and granted annually by the law firm of Skadden Arps Meagher & Flom in conjunction with the University of Alabama School of Law.  This 2006 award recognized Judge Justice for his devotion to serving the public interest during his tenure on the federal bench.

After taking senior status in 1998, he moved to Austin where he sat by designation in the Western District of Texas.  Judge Justice passed away on October 13, 2009. He was survived by his wife of many years, Sue Rowan Justice, and a daughter, Ellen Justice, of Austin, Texas.