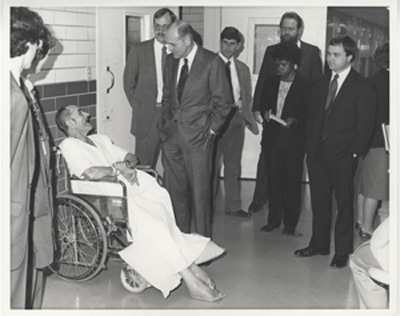 In 1972, Texas prison inmate David Ruiz filed a fifteen page handwritten civil rights complaint against the Texas Department of Corrections Director, W.J. Estelle, Jr. In his complaint, Ruiz alleged that he was confined under unconstitutional conditions, harassed by prison officials, given inadequate medical care, and subjected to unlawful solitary confinement.  Ruiz’s complaint was consolidated with the suits of seven other TDC inmates to become Ruiz v. Estelle. Judge Justice requested the United States Department of Justice appear as amicus curiae in the case. Six months later, the Justice Department filed a motion to intervene. The trial, which began in October 1978, lasted a year with 349 witnesses testifying.  Judge Justice’s decisions in the case resulted in a complete overhaul of the Texas prison system.

Judge Justice’s April 1981 consent decree obligated the Texas Department of Corrections to alleviate overcrowding, increase the number of guards and support staff, furnish adequate health care, and to meet state health and safety standards for both living and working environments in the prison facilities. Additionally, the decree appoints a special master for the case. Typically, a special master conducts investigations, holds hearings, makes findings of fact, and suggests recommendations to the court.

Not all state officials opposed Judge Justice’s ruling.  In particular, some were grateful for the pressure Judge Justice brought to bear in the effort to reform the Texas prison system.  Bob Bullock was the Texas Comptroller of Public Accounts when he wrote these letters of support to Judge Justice.

A 1986 proposal by then-Governor Mark White to house 300 prisoners in Fort Wolters National Guard barracks for 6 months to diminish overcrowding without releasing prisoners was rejected by Judge Justice due to failure to meet TDC requirements for educational and recreation facilities. Denunciations against the judge’s decision came from around the state.

Judge Justice, Special Master Vincent Nathan, Scott McCown, and others involved in the case toured TDC prisons, Beto I and Eastham, in March of 1987. 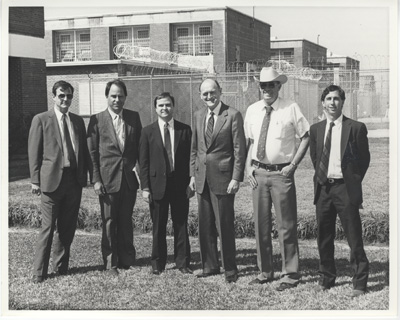 In 1987, in response to Judge Justice’s rulings addressing conditions in Texas prisons, Texas State Representative Sam Johnson launched “Citizens for the Resignation of William Wayne Justice.”  Johnson was elected to Congress in 1991.

Judge Justice, then-Governor William Clements, Attorney General Jim Mattox, and other pivotal figures in the lawsuit met in Judge Justice’s chambers in April 1988.Judge Justice’s role as judge precluded him from speaking on Ruiz in this meeting; however the two parties participated in negotiations on a settlement. 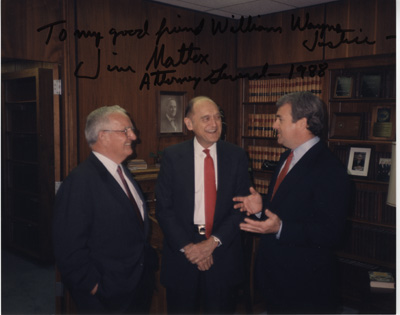 The parties submitted a proposed Final Judgment in August 1992.

Throughout the litigation, letters from the public decrying the Judge’s mandated changes to Texas prisons arrived at Judge Justice’s chambers.

In spite of the final judgment agreed to by the parties in 1992, Judge Justice continued to receive complaints from prisoners regarding prison conditions.

In March 1996, the Texas Department of Corrections filed a motion to vacate the final judgment. 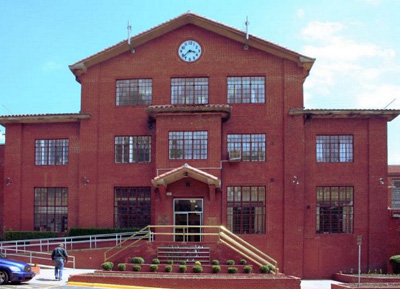 Although Judge Justice took senior status in 1998, he directed the clerk of court that he would continue to handle the Ruiz litigation. At the time, plaintiffs were complying with a discovery order.

A hearing on the motion to vacate the consent decree was held in late January 1999. Although he noted that the prison system had made substantial improvements since the litigation began, Judge Justice found that inmates’ constitutional rights were still being violated in regard to conditions of deprivation in administrative segregation units, a lack of reasonable safety for inmates, and excessive use of force by TDC officials.

Judge Justice maintained oversight of the state prison system until 2002.