John Selden (1584-1654) was a renowned religious scholar, linguist, parliamentarian and jurist. Selden wrote dozens of works on a range of topics, from his first compositions on ancient Assyria to his last efforts on Judaic law. Selden played such an active part in the constitutional power struggles of his day that he wound up imprisoned twice in the Tower of London. Ironically, toward the end of his life, Selden's scholarship was held in such high esteem that Parliament appointed him keeper of the records in the Tower. 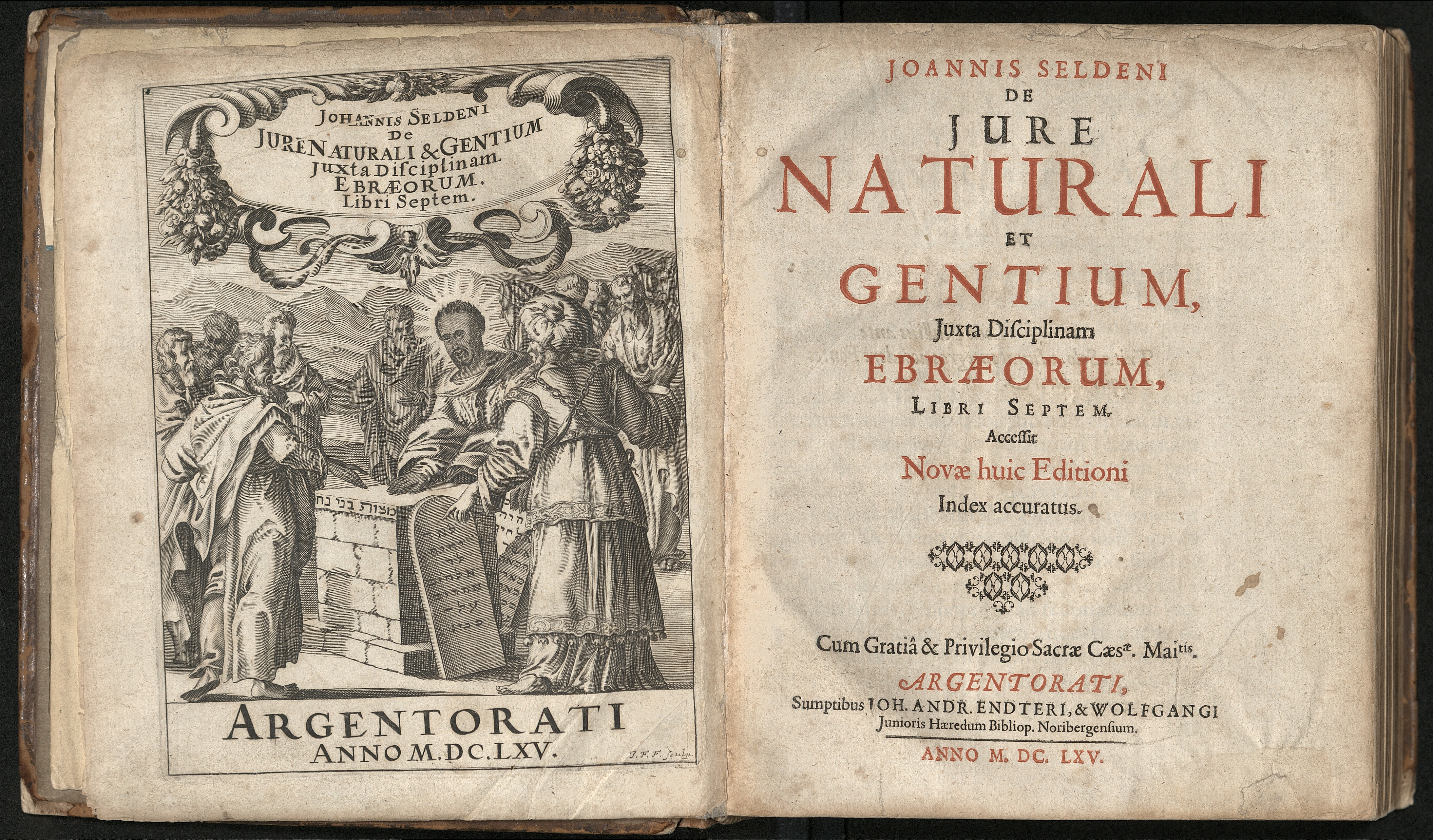 First published in 1640, De jure naturali et gentium was a landmark work in international law and natural law theory. Crafted as Selden’s response to Grotius's celebrated treatise De Jure Belli et Pacis, its method is different; Selden explores the concepts of natural law and ius gentium as understood in the rabbinic tradition. This is the work that caused John Milton to refer to Selden in Areopagitica as "the chief of learned men reputed in this land."

Tarlton Law Library holds first or early editions of all of Selden’s published writings. The engraved plates of this 1695 edition depict the Jerusalem Temple as a place of worship for the people of all nations, an argument Selden put forth in this work that did not find favor with Vatican officials. De jure naturali et gentium was added to the Index in 1713, 73 years after its first publication.