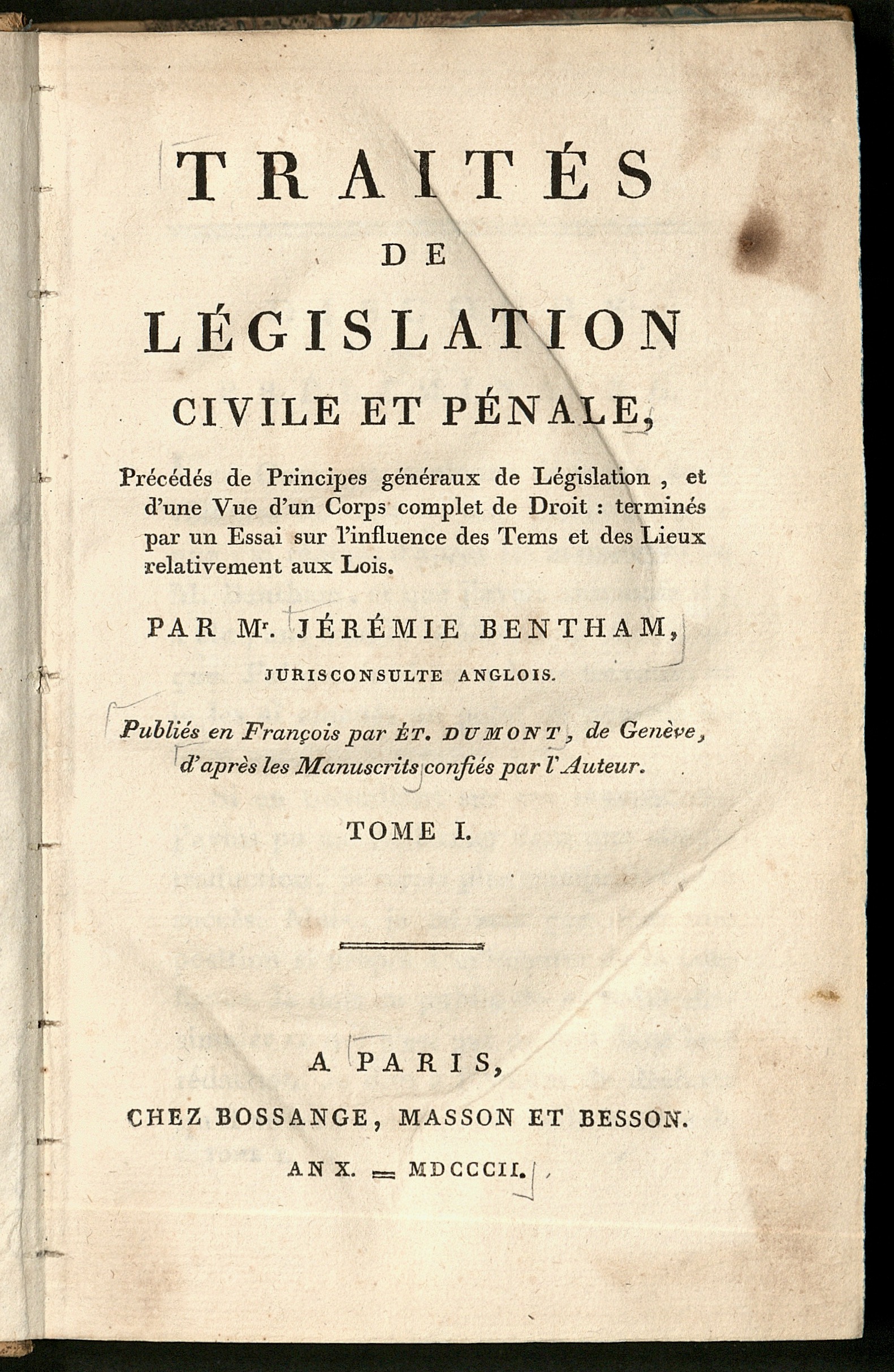 Jeremy Bentham (1748-1832) was an English moral philosopher, jurist, and social reformer, considered the father of Utilitarianism. Born in London and educated at Queens’ College Oxford, and Lincoln’s Inn, Bentham was called to the bar in 1769 but left the practice of law in order to pursue political and legal reform work. Bentham published many works on religious, legal and political topics, as well as logic and rhetoric. His most well-known legal work is his Introduction to the Principles of Morals and Legislation, which presents Bentham’s utilitarian doctrine as applied to legal reform and was immensely influential on English jurisprudence.

Only 100 copies of the 1789 edition of Bentham’s treatise An Introduction to the Principles of Morals and Legislation survived a flood in the printer’s warehouse, and the work at first received little notice in England. Bentham only rose to worldwide fame when a summary of his treatise was published in a French collection entitled Traités de législation civile et pénale in Paris in 1802. The Vatican saw Bentham’s utilitarian philosophy as a threat to Orthodox Catholicism and added the Traités de législation civile et pénale to the Index librorum prohibitorum in 1819.