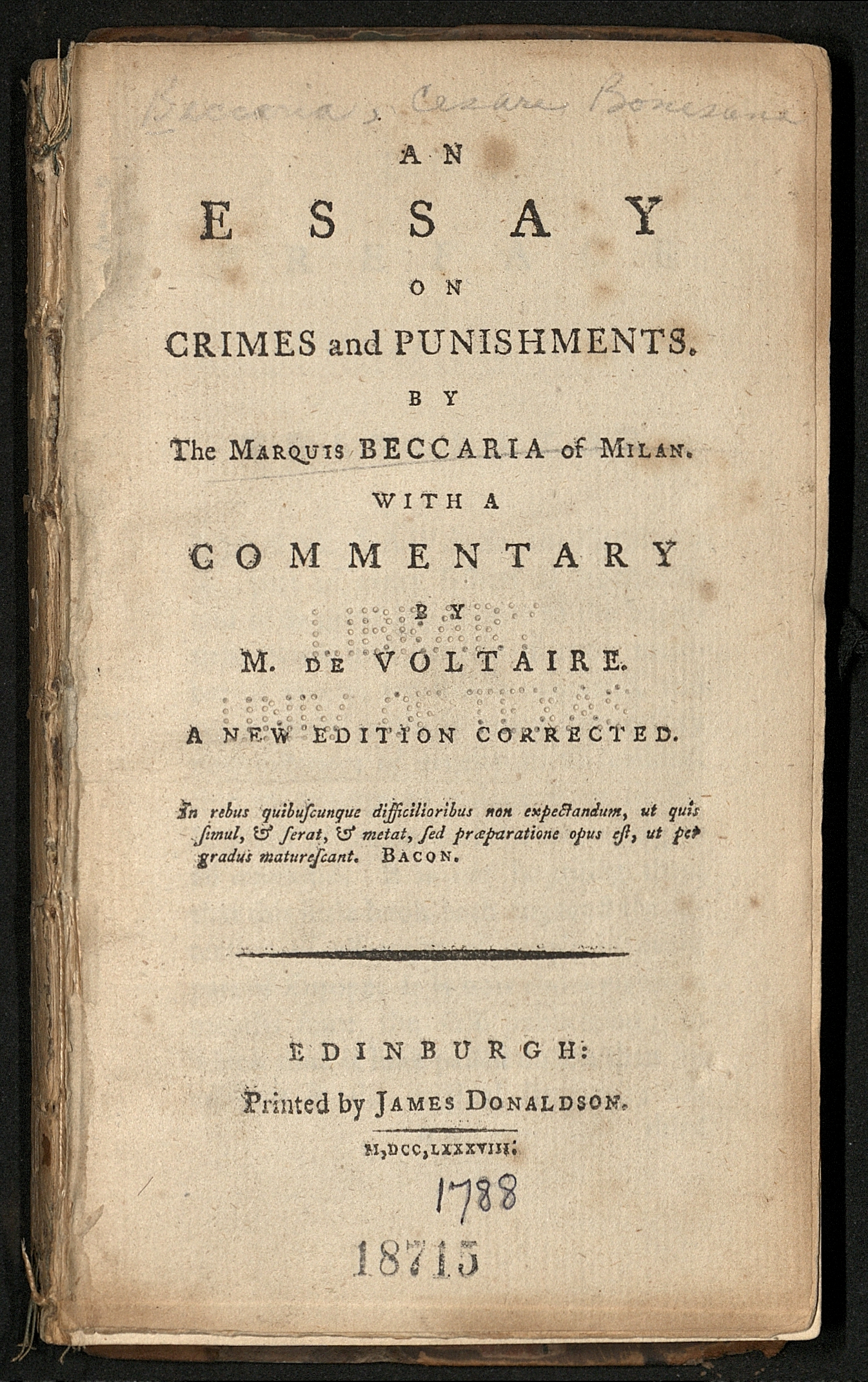 Cesare de Beccaria, (1738-1794) a Milanese author and academic, is known as the father of the Classical School of Criminology for his work De delitti e delle pene which was the first to apply to criminal law the intellectual principles and political ideas of Enlightenment and Rationalism. Beccaria proposed a system of reform for the old criminal justice systems, based on humanity and utilitarianism. He condemned torture and retributive justice as counter to the good of society and advocated for the rational and fair administration of justice.

Dei delitti e delle pene was first published in Italian in 1764 and was immediately translated into French in 1765 and English in 1767 -- it was praised by Voltaire, and Diderot, and influenced the thinking of Thomas Jefferson, John Adams, Catherine the Great, and many others. Its many editions and translations inspired significant reforms and influenced foundational American legal texts.

Beccaria at first published his work anonymously, only adding his name once it was accepted by government censors, but two years after publication in 1766 De delitti e delle pene was added to the Index Librorum Prohibitorum.