Hugo Grotius (1538-1645) was a prolific scholar in law, theology, and the humanities. As a fifteen-year-old prodigy, he was awarded the degree of doctor of law in Orleans. By 1599 he was an advocate at The Hague. His brief Dutch political career embroiled him in religious infighting and led to his arrest and imprisonment. Grotius escaped, smuggled out in a chest of books, and wrote most of his best-known works while in exile in Paris. He died in 1644 as a result of a shipwreck in the Baltic Sea. 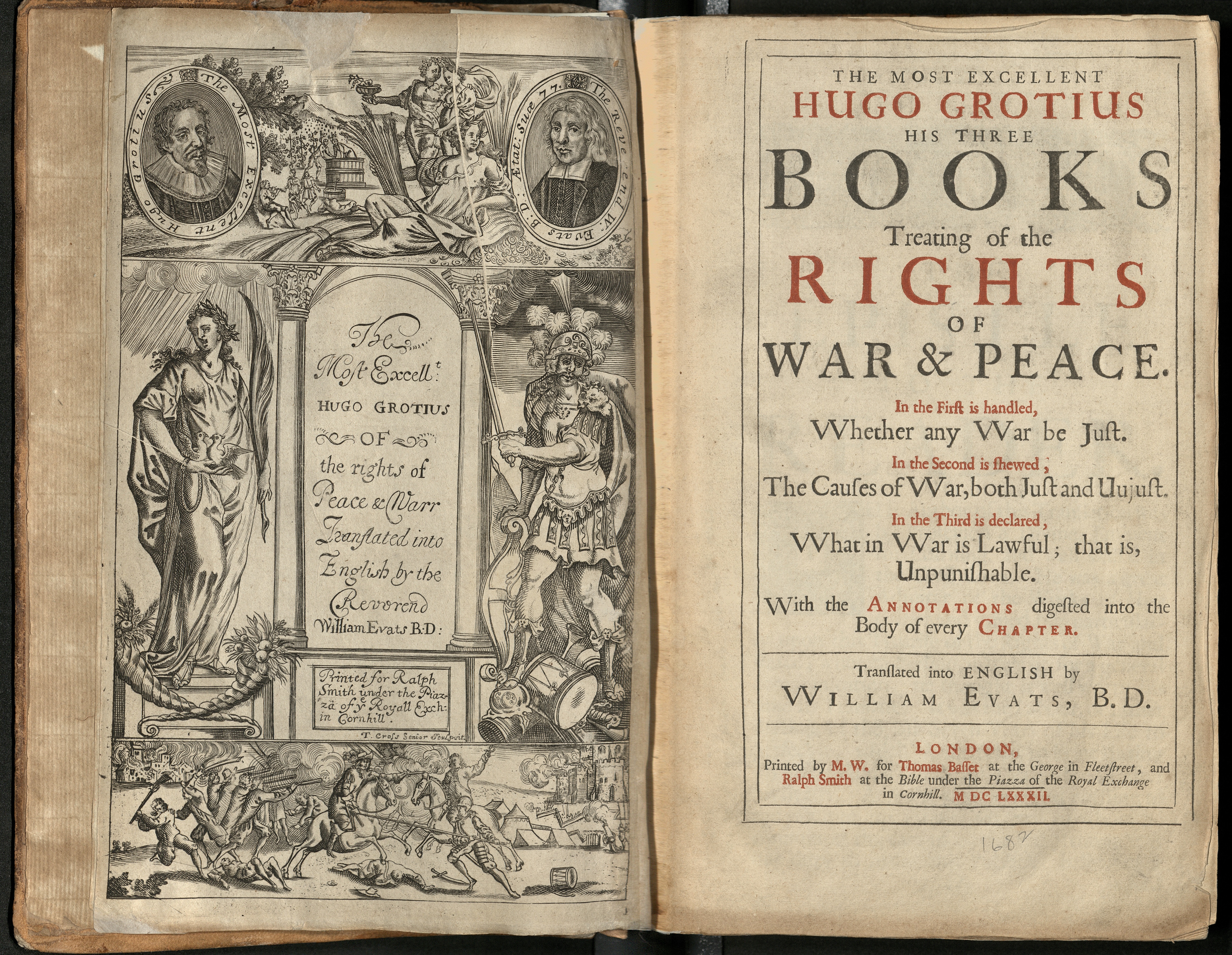 In De jure belli ac pacis Grotius drew on a wide range of classical, literary, historical and theological works to build a definition of natural law; a universally valid, broad and authoritative law to govern all nations. Grotius also drew on his previous writings in compiling De jure belli ac pacis, and his personal experience of religious division may have informed his scholarship.

Many of his early legal and theological writings which argued aspects of what would become De jure belli ac pacis were included in the Vatican’s 1626 edition of the Index librorum probibitorum.