Banned Books Week was founded in 1982 to bring banned and challenged books to the attention of the American public after library and First Amendment activists saw a rise in book challenges nationally. Books that are subject to banning attempts in America today are often those with social viewpoints perceived as controversial, unpopular or explicit.

In fact, books have been banned throughout history for many reasons. The Catholic Church, one of the oldest bureaucratic bodies of censorship, banned texts that Vatican officials believed posed particular threats to Catholic orthodoxy. Chief among them were many foundational texts of the Western legal canon, held by Tarlton Law Library. 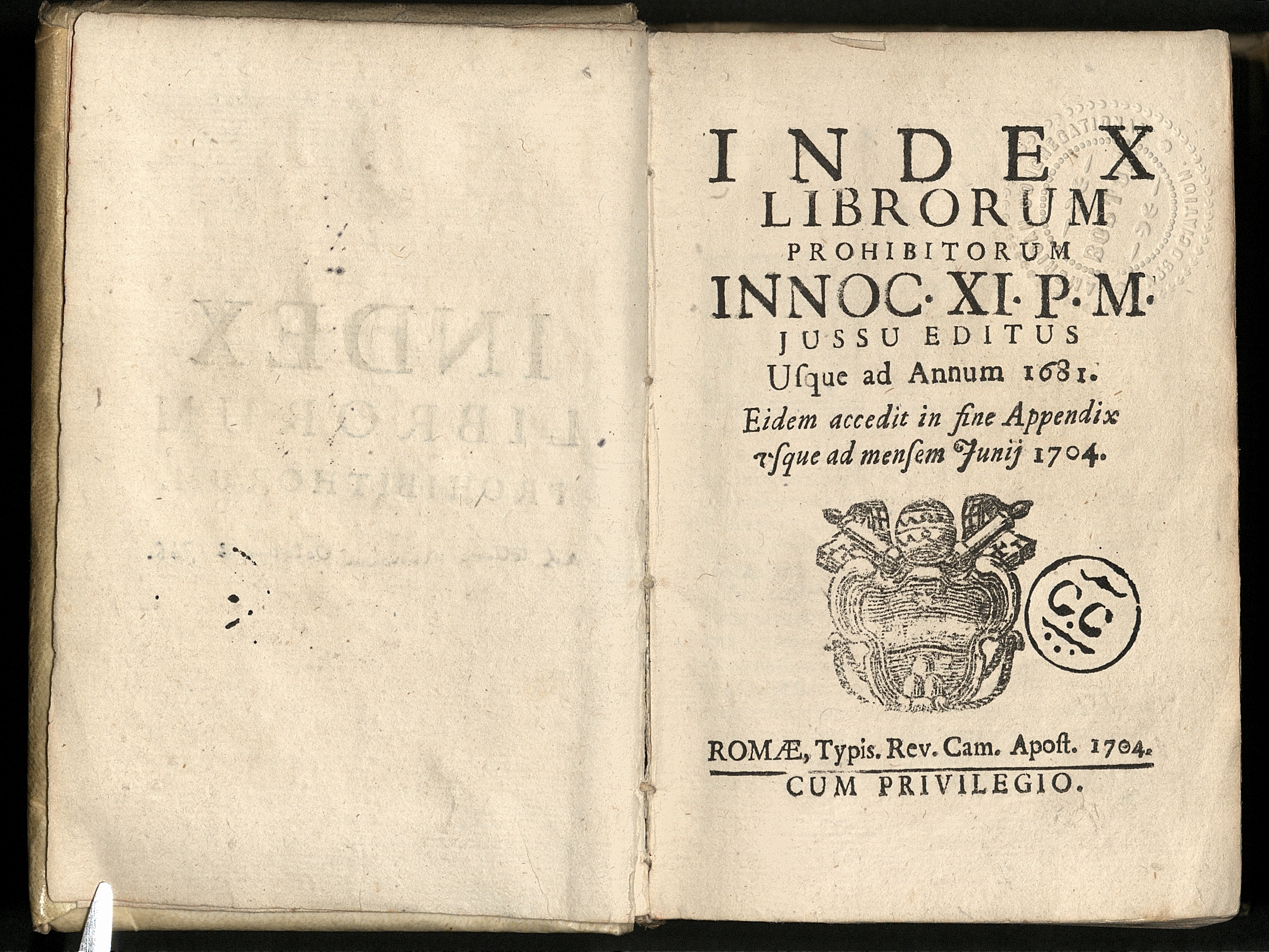 Censorship of unorthodox teaching and writing has always been an aspect of church governance, but the principle of a list of forbidden books was first formally adopted at the Fifth Lateran Council in 1515, then confirmed by the Council of Trent in 1546, and finally compiled and published in 1559. Tarlton Law Library holds the 1704 edition of the Index; the list changed with each edition, although many texts were perennially included.

After 400 years and 42 editions, the Index was discontinued by the Vatican in 1966. Its past censorship serves as window through which to glimpse the emergence of various movements and cultural changes, including the rise of Enlightenment principles in Western legal literature.

The selections in this exhibit are a subset of a larger collection of materials banned or censored throughout the history of the Index's publication in Europe and the Americas. Although Tarlton's volumes range from hand press imprints to twentieth century fine press editions and span a vast period of increased printing and literacy rates in the West, they share commonalities in the perceived threats they each presented to Catholic orthodoxy and political supremacy.