After a piece of legislation is drafted, the first step in the legislative process is the introduction of a bill in the House or Senate. The bill is then referred to committee(s) for consideration. Because a bill's introduction happens on the floor of Congress, this step in a bill's progress is noted in the Congressional Record. Since a bill eventually has to work its way through both the House and Senate to become law, sometimes, to save time, a bill introduced in one chamber will have a companion bill introduced concurrently in the other.

Please note, access to certain databases linked in this guide may be restricted to UT Law or the UT community; please see the library's Databases page that lays out access privileges.

Beyond bills, Congress can also take three other kinds of legislative measures known as Resolutions that are similar to, but distinct from, bills.

Joint, Concurrent, and Simple Resolutions can generally be found using the same resources that you would use to find bills.

Example of a Bill

The standard elements of a bill's layout include: 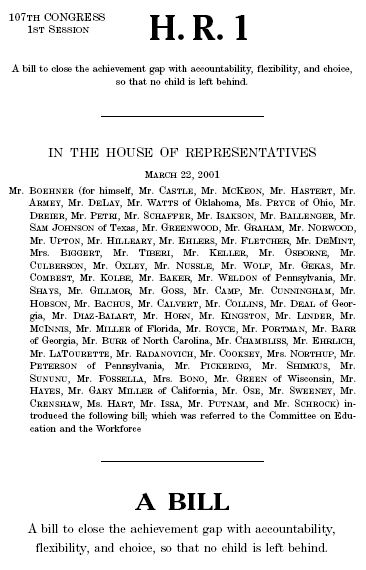 Where to Find Bills - Online

The resources below will help you located the text of bills. However, if you are not able to find them in a resource below remember the following tips:

Where to Find Bills - Microform

Where to Find Bills - Offsite Image from the National Archives.