PROCLAMATION BY THE GOVERNOR, 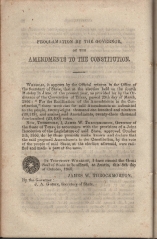 ON THE
AMENDMENTS TO THE CONSTITUTION.
WHEREAS, it appears, by the Official returns in the Office of the Secretary of State, that at the election held on the fourth Monday in June, of the present year, as provided for by the Ordinance of the Convention of Texas, passed 29th day of March, 1866: "For the Ratification of the Amendments to the Constitution," there were cast for said Amendments so submitted to the people, twenty-eight thousand one hundred and nineteen (28,119), and against said Amendments, twenty-three thousand four hundred (23,400) votes.

Now, THEREFORE, I, JAMES W. THROCKMORTON, Governor of the State of Texas, in accordance with the provisions of a Joint Resolution of the Legislature of said State, approved October 8th, 1866, do by these presents make known and declare that the said proposed Amendments to the Constitution, by the vote of the people of said State, at the election aforesaid, were ratified and made a part of the same.

By the Governor:
J. A. GREEN, Secretary of State. 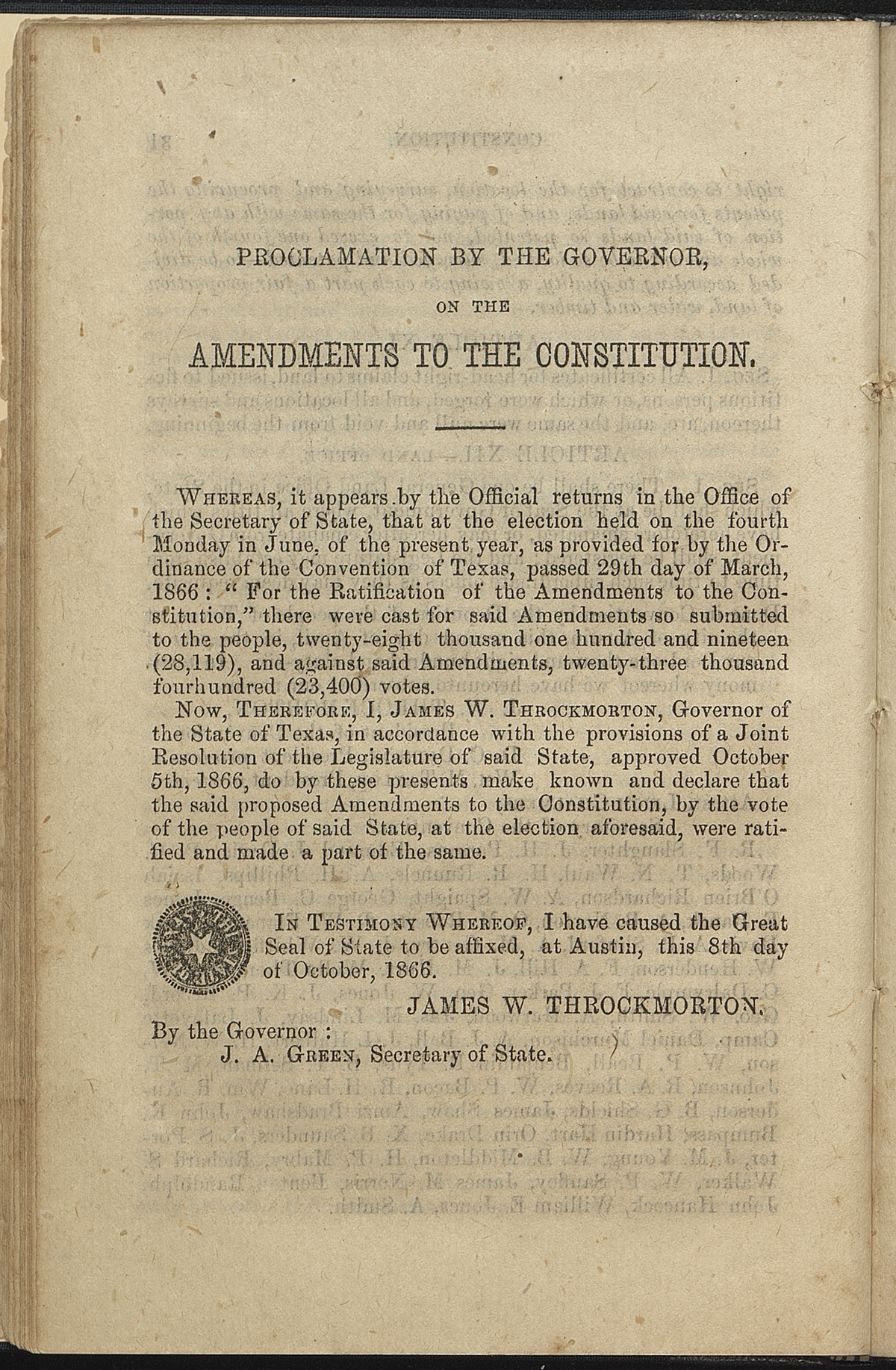