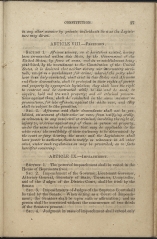 SECTION 1. African slavery, as it heretofore existed, having been terminated within this State, by the Government of the United States, by force of arms, and its re-establishment being prohibited, by the amendment to the Constitution of the United States, it is declared that neither slavery nor involuntary servitude, except as a punishment for crime, whereof the party shall have been duly convicted, shall exist in this State; and Africans and their descendants, shall be protected in their rights of person and property by appropriate legislation; they shall have the right to contract and be contracted with; to sue and be sued; to acquire, hold and transmit property; and all criminal prosecutions against them, shall be conducted in the same manner as prosecutions, for like offences, against the white race, and they shall be subject to like penalties.

SEC. 2. Africans and their descendants shall not be prohibited, on account of their color or race, from testifying orally, as witnesses, in any case, civil or criminal, involving the right of, injury to, or crime against any of them in person or property, under the same rules of evidence that may be applicable to the white race; the credibility of their testimony to be determined by the court or jury hearing the same; and the Legislature shall have power to authorize them to testify as witnesses in all other cases, under such regulations as may be prescribed, as to facts hereafter occurring. 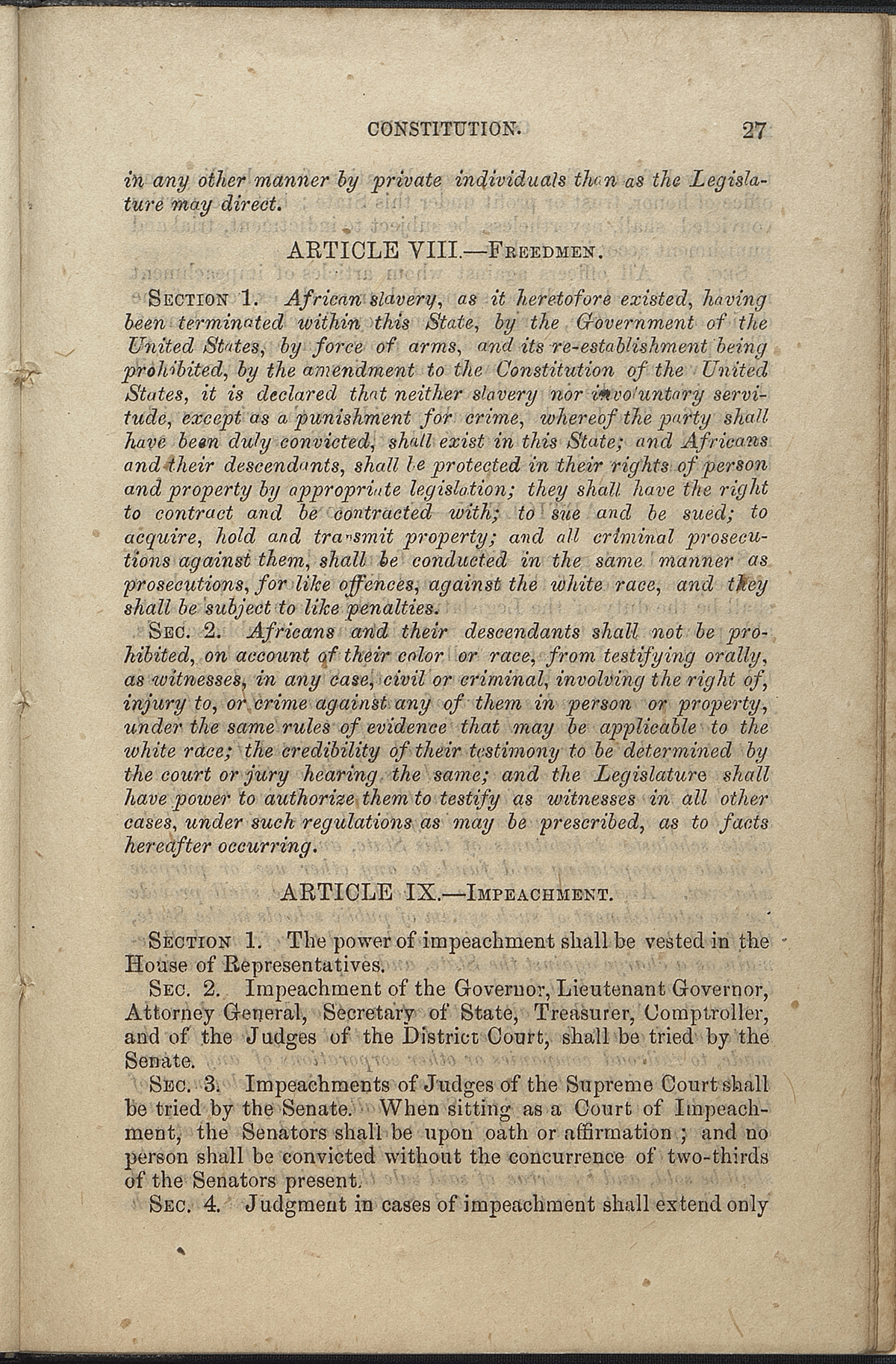