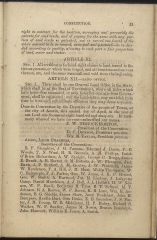 SEC. 1. There shall be one General Land Office in the State, which shall be at the Seat of Government, where all titles which have heretofore emanated, or may hereafter emanated from Government, shall be registered; and the Legislature may establish from time to time such subordinate offices as they may deem requisite.

Done in Convention by the Deputies of the people of Texas, at the city of Austin, this second day of April, in the year of our Lord one thousand eight hundred and sixty-six. In testimony wereof we have hereunto subscribed our names. 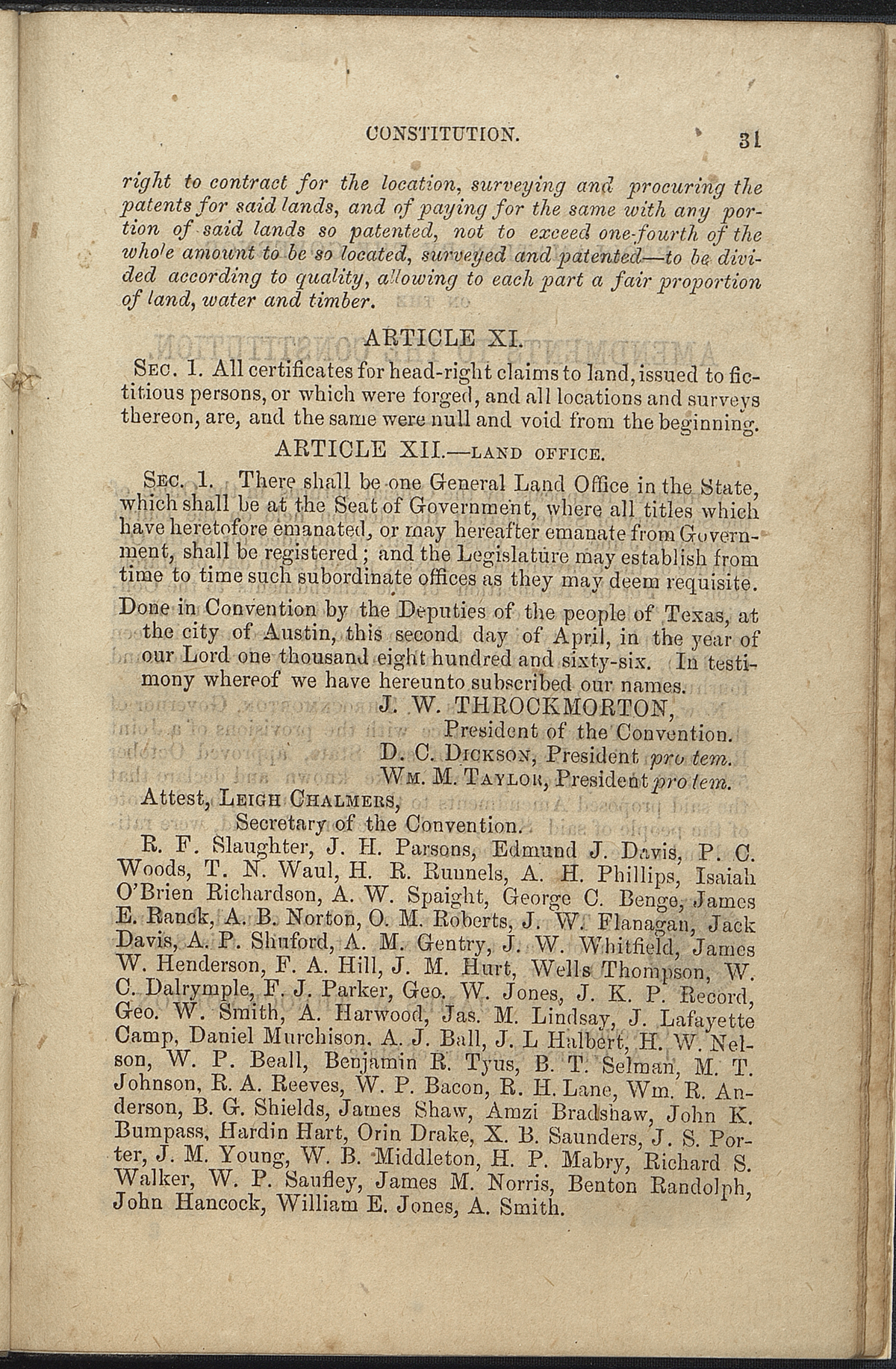