After years of overcrowding, a new building was approved in 1950, to be named after Judge John Charles Townes, who was the first Law School Dean, was at the time the longest serving dean, and served from 1901-1904 and from 1908 until his death in 1923. The Law School's third home was located at what is now East Dean Keeton and Robert Dedman Drive (then Park Place and Red River) on the northeastern corner of the campus.

Townes Hall was opened for classes in the fall semester of 1953 … The enrollment of 669 men and 25 women fitted very comfortably in the new building. Dedication was held December 5, 1953. The main ceremony was on the lawn just outside the large southeast door. The principal speakers were Herbert Brownsell, Attorney General of the United States, and John E. Hickman, Chief Justice of the Texas Supreme Court. 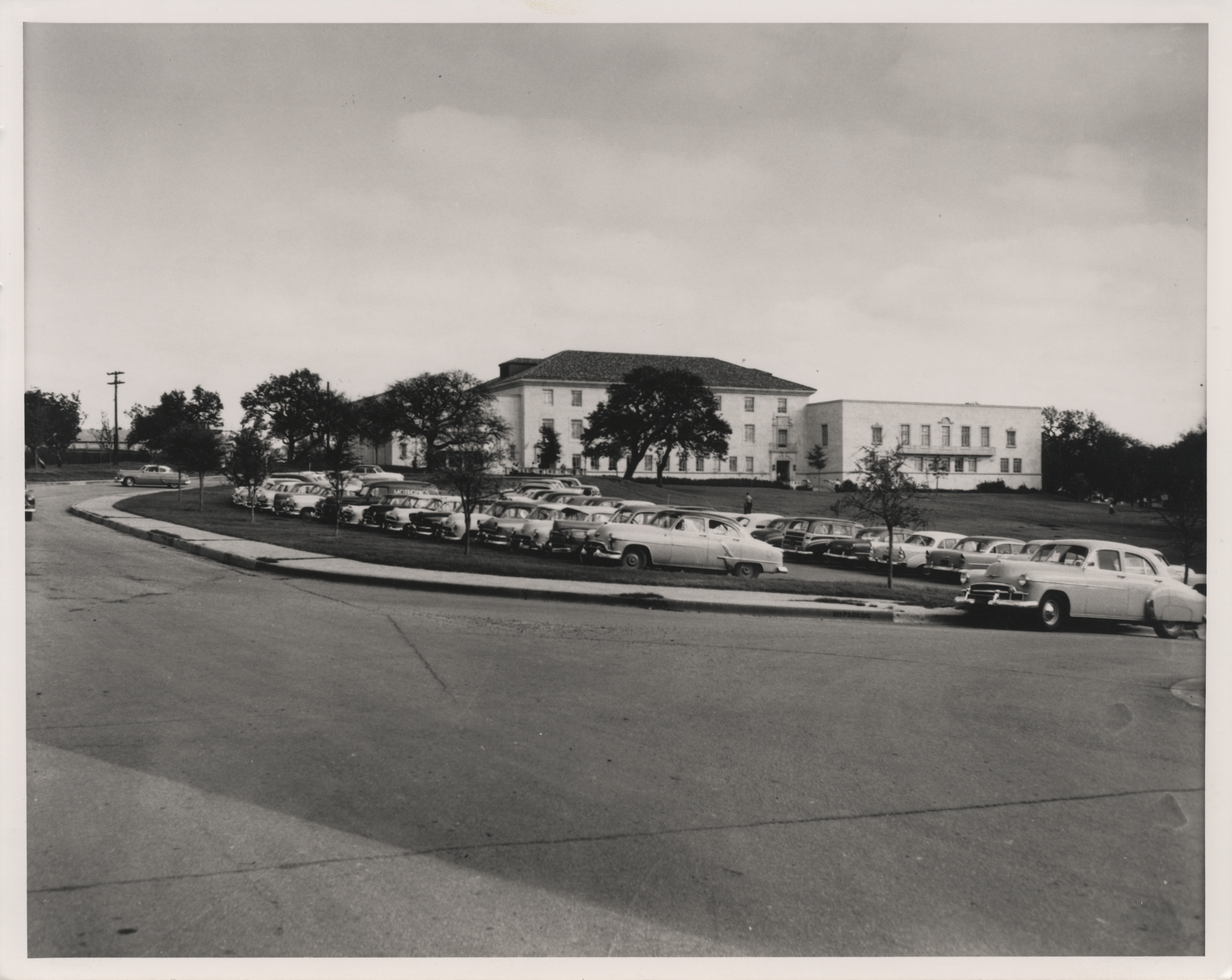 ​Originally, the building was to be constructed just east of the original law building on 21st and Speedway, but there was not enough space. The initial plans called for five classrooms, three seminar rooms, a 750 seat auditorium, a new law library, twenty-eight faculty offices and additional administrative offices. The facility was designed to accommodate 1000 students. Current enrollment was around 700. Construction of the building began in spring 1952.

Townes Hall was dedicated December 5, 1953. The new structure added almost 85,000 square feet of air-conditioned space. The new Law Library was named in honor of Judge Benjamin D. Tarlton. The inscription above the door "that they may truly and impartially administer justice" was suggested by Judge Robert Strayton. An east wing was added in 1964, and a new addition was dedicated in 1981. Beginning in January 2006 the ground floor cafeteria space was converted into a spacious dining commons. November 17, 2006 marked the grand opening of the new dining area and restaurant, George's Cafe, named in honor of its benefactor, attorney George Fleming (UT Law, 1971) of Houston.