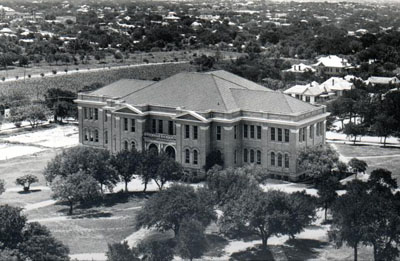 The basement of the Old Main Building was very quickly outgrown by the University’s School of Law. In 1906 construction began on what became known as "the Old Law Building," at the intersection of 21st and Speedway.

The completed building, made with light brick and roofed with Spanish tile, was dedicated on November 25, 1908. One of its most beloved features was the spacious and window filled library.

Professor Gus Hodges, Class of 1932, describes the library in the Old Law Building:

It was on the third floor. It was the coolest place around in un-airconditioned days, because it had windows on three sides. We had one librarian and two student assistants. I was a student assistant at the library at one time. We ran the whole works. 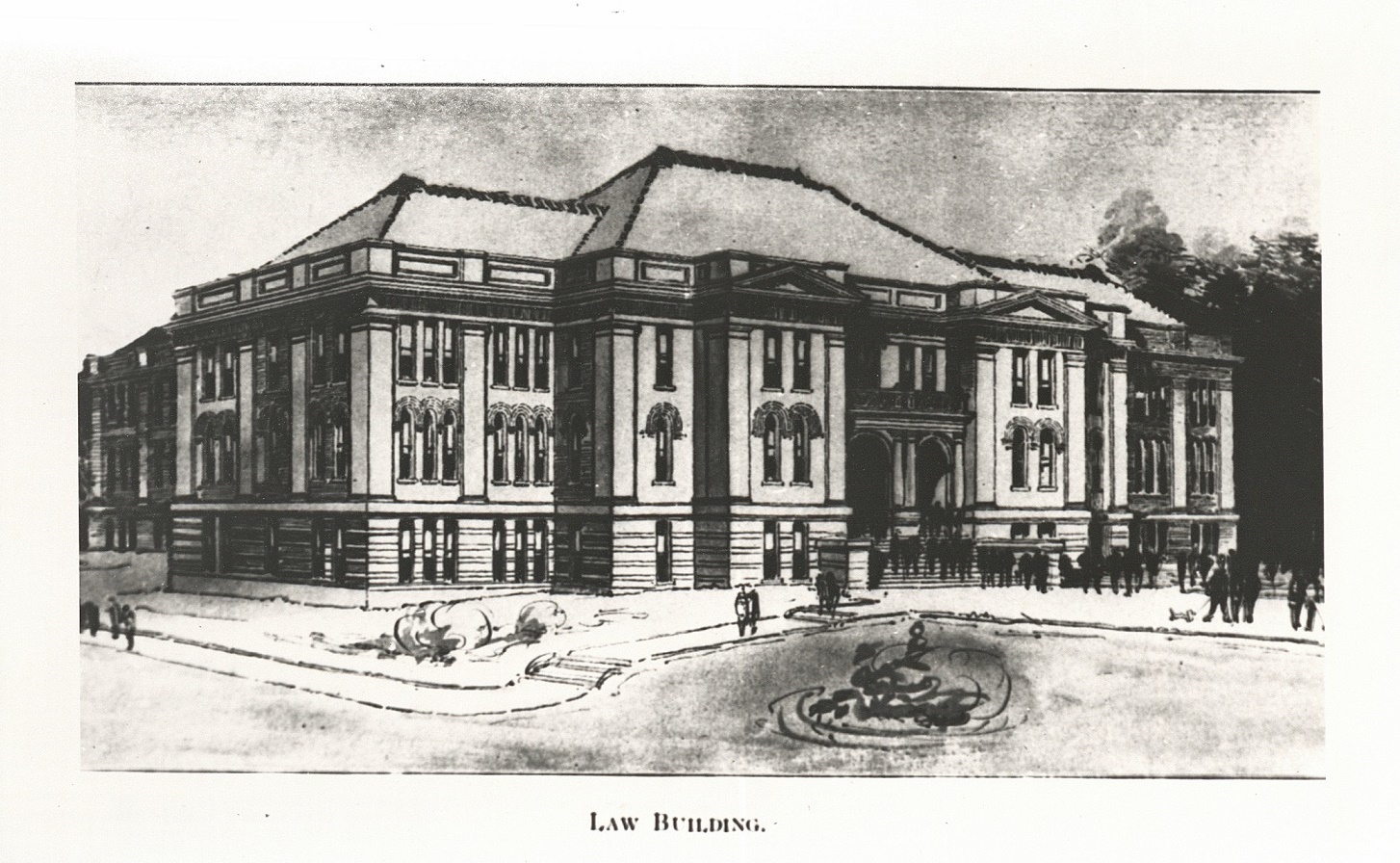 The building was approximately 10,000 square feet, but by 1941, the Law School's enrollment had outgrown the space and a new, larger building was proposed.

After the construction of Townes Hall in 1953, the Law School moved and the "Old Law Building" was re-named Pearce Hall after the late James E. Pearce, the University’s first Professor of Anthropology.

Pearce Hall was remodeled in 1947 to provide additional classroom space and more offices. Many law students and alumni remained fond of the first dedicated Law Building on campus.

The architecture of the building was best described as Texas Neoclassical Chubby, but it was chubby in a warm, grandmotherly sort of way. Unlike the sprawling, low ceilinged, hospital like structure the law school occupies today [Townes Hall], Pearce Hall was broad, rough and substantial. This holy mother church of the early Texas legal profession was built on a scale to worship. 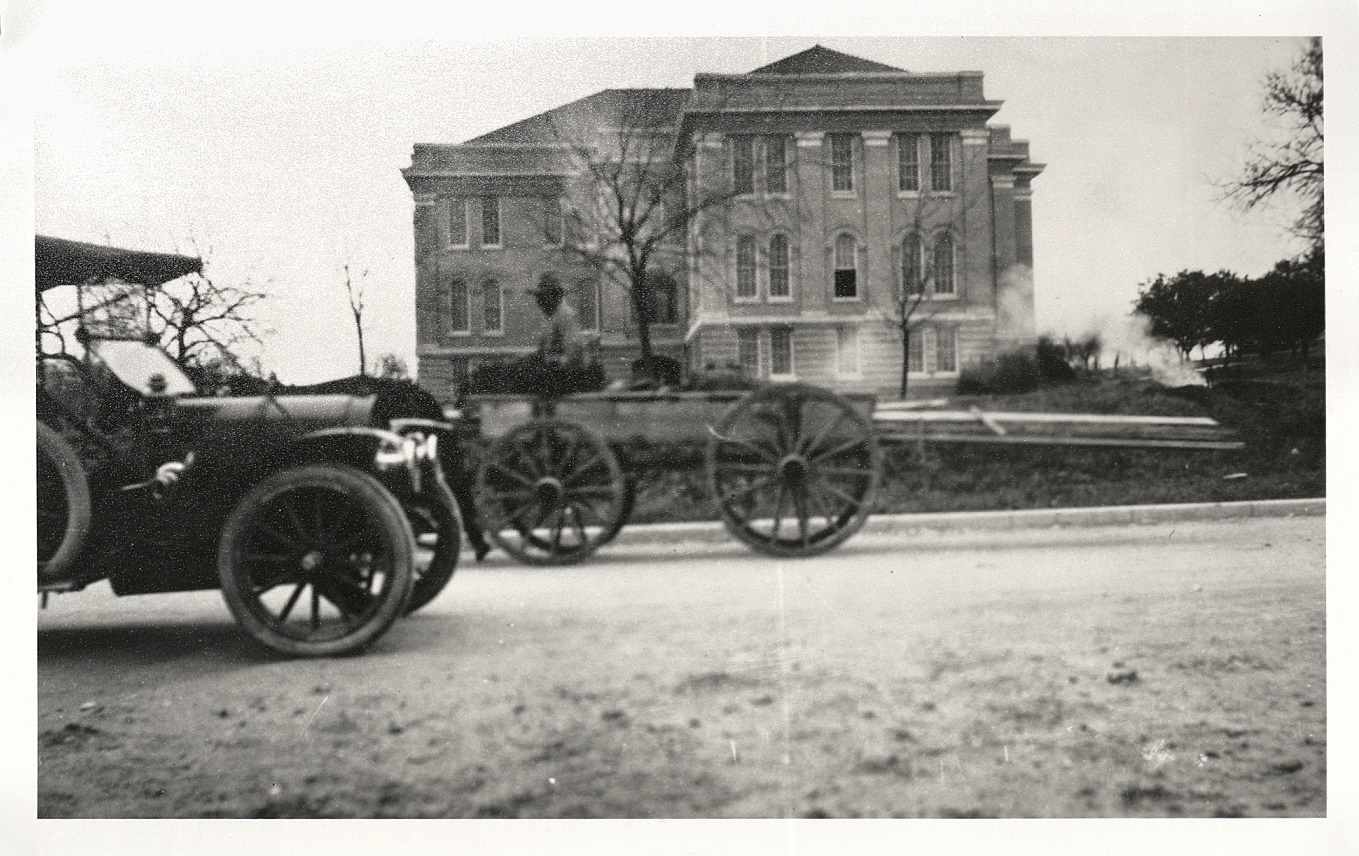 Pearce Hall continued to be used as a classroom building until it was razed in 1974 to make room for the Graduate School of Business Building.