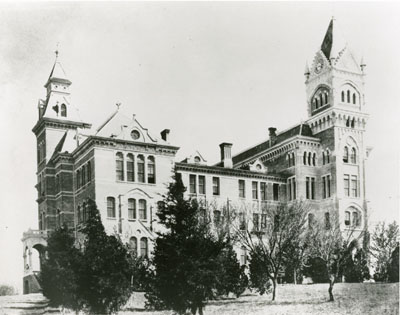 The cornerstone of the first university building – “Old Main” – was laid November 17, 1882. The Victorian Gothic building was built in three parts on the original forty acres: the west wing completed in January 1884; the center portion in 1889; the east wing in 1899.

The 1907 Cactus records the feelings of the law students on their Main Building accommodations:

So few were the students in those days that Laws and Engineers and Academics dwelt in harmony in one wing of the present building [Old Main]...The Laws occupied rooms 61 and 63... In 1889 the central part of the main building was built, and the University, mindful of the advice to put Satan under your feet, located the Laws in the region now sacred to Howser and his aerial artists…The Engineers moved to Windsor’s present quarters, standing, as they thought, above the Laws. In 1898 the East Wing was built…The Laws were moved horizontally but not vertically, and continued to be the lowest members of society, as viewed by the Engineers, or the very basis of society, as viewed by themselves. 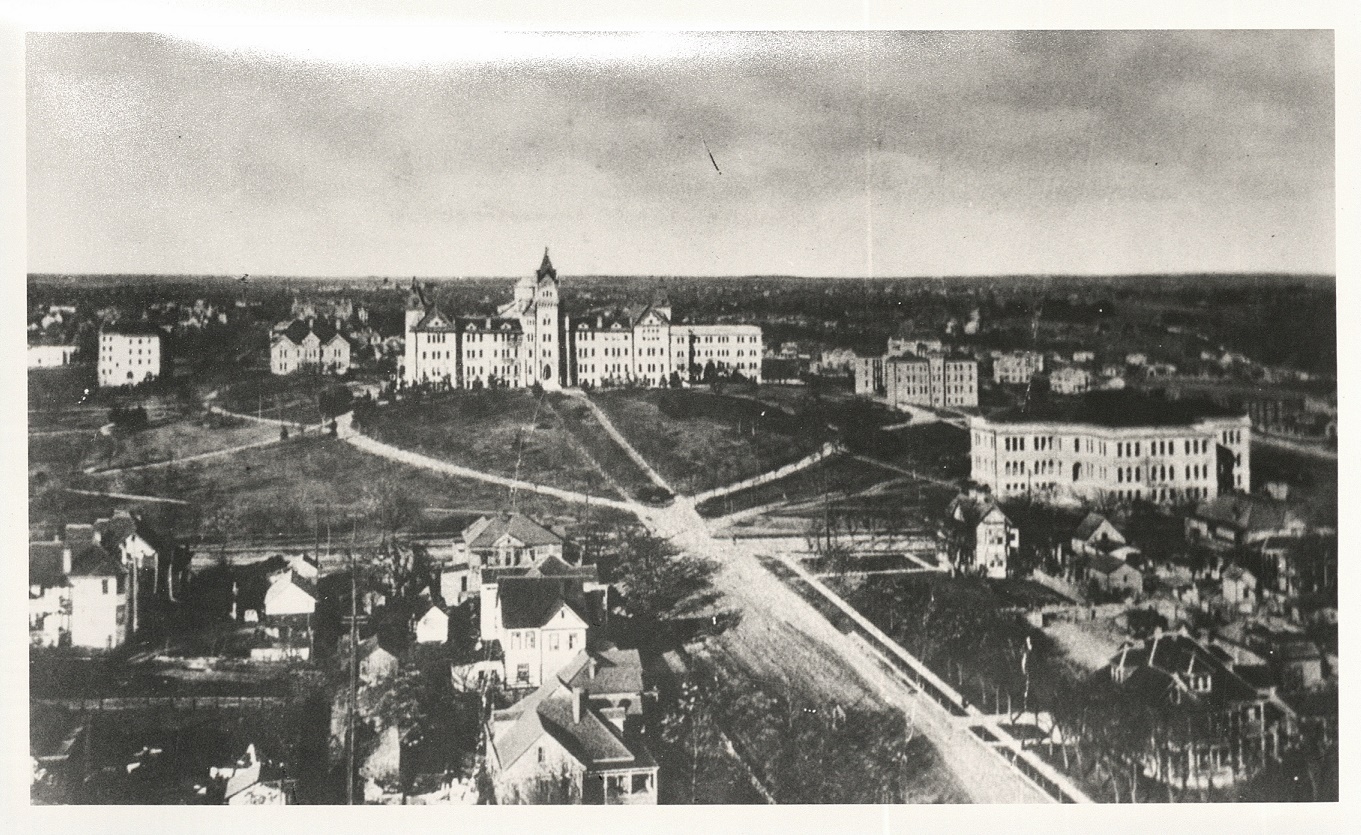 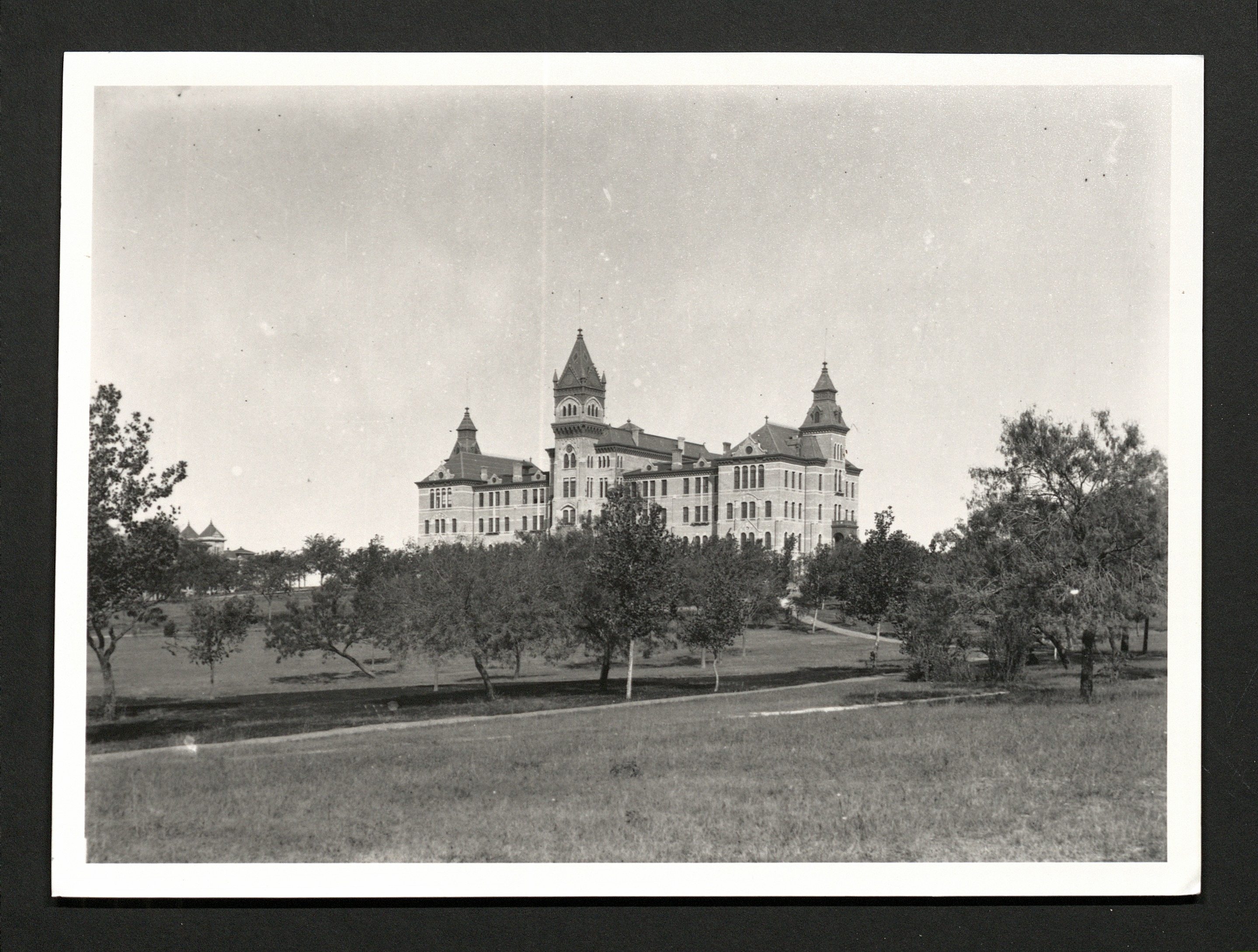 In 1932 the plans were announced to raze the old building in order to construct the new administration-library building. The original building was demolished in 1935 to make room for the current Main Building and Tower, completed in 1937.

When we entered the school [in fall 1897] the class rooms were in the basement of the north wing of the old [Main] building. These rooms were furnished with benches with no place to support writing paper or tablet, etc. The law school had no separate library, but we were given one end of the general library, and not more than forty out of eighty members of our class could find seats at a time. Here [in the new quarters housed in the basement of the east wing] a separate room was set apart for our library, two large rooms well furnished with the latest and most improved writing desks, and offices for each professor were donated to the law school.

All that remains of the Old Main Building are its carillon bells, which are now exhibited as part of a permanent display outside the university's Bass Concert Hall.