Lucy Moore (1881-1953) was a teacher, principal of the Stephenville High School, and Superintendent of the Lorena public schools before entering the University of Texas School of Law. She earned her 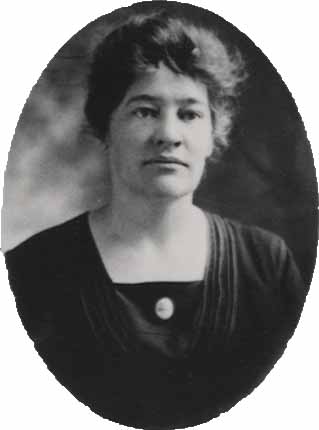 LL.B. in 1920. As a student at the university, she served as vice president of the Woman's Law Association and Secretary-Treasurer of the Law Department. She was also a member of the Cofer Law Society, Cap and Gown, and Visor - a women's honor society. Moore was also a charter member of the Eta Chapter of Kappa Beta Phi legal sorority and served as the organization's national president in 1922.

Following graduation, she was named quizmaster for the 1920-1921 academic year. By 1922, she was serving as Registrar and Secretary to the faculty. In 1924, Professor Moore was made an instructor of Legal Bibliography, a one hour per week course required for first year students. When Doris Connerly left the library in 1926, Professor Moore took over the position of law librarian, although she continued to serve as Registrar and teach as well. Under Professor Moore's leadership, reference services were provided to law students, students in other University departments, faculty, lawyers, and members of the public. Professor Moore and the assistant librarians helped students, faculty, and the public by locating rare books and reports, finding elusive cases, and tracing points of law across volumes. The library also provided service to state agencies, including the Texas Supreme Court, the Attorney-General's Office, and the General Land Office. Instruction in the use of the library also increased, with additional classes being held for student assistants and editors of the Texas Law Review. Under Professor Moore's guidance, the law library also began creating exhibits featuring rare copies of important Spanish books that influenced Texas law, early English and American law books, and original Texas constitutions and other Texas legal material.

In addition to Professor Moore, the library had an assistant librarian and student workers. Following the creation of the National Youth Administration (N.Y.A.) in 1935, the library also had as many as 20 N.Y.A. workers. Students and N.Y.A. assistants staffed the loan desk, made repairs to torn or loose pages, and shelved books.

In 1940, Professor Moore resigned from the position of law librarian. She continued to serve as instructor and secretary until 1943 when she retired from the university.