Helen Hargrave (1894-1985) moved from Bay City, Michigan to live with her sister and brother-in-law in Austin in the early 1920s. In 1922, she enrolled at the University of Texas in both the Department of Education and the School of Law. As a 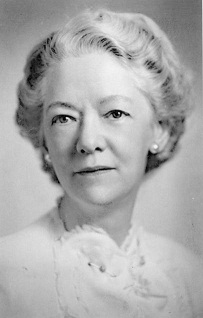 student, she was a member of the editorial board of the Texas Law Review, a member of Kappa Beta Pi legal sorority, Mortar Board, and Cap and Gown honor societies. Completing the requirements for both degrees in three and a half years, she graduated from the University of Texas School of Law in 1926.

In 1929, she became an assistant law librarian at the School of Law. After studying law librarianship at Columbia University in 1939, she returned to the University of Texas School of Law as head librarian. Under her direction, the library grew from 40,000 volumes to more than 150,000 volumes. The library also began providing bibliographies to lawyers on subjects such as mining, special interrogatories to juries, municipal law, and various other topics. In 1941, the library installed a system of lights by which faculty members could signal a library staff member to deliver or collect books from the law library or main library. Traditionally, books had been kept in a caged area and retrieved by library workers when requested. Under Professor Hargrave's guidance, the library added open shelving for popular legal books. Full-time staff included a bibliographer and research librarian, an assistant librarian, a cataloger, and an order librarian in addition to student workers. During her tenure, she studied law library architecture and interior arrangements, contributing substantially to the design of the library when Townes Hall was built in 1953.

A member of the faculty, she was made Assistant Professor of Law in 1950 and Associate Professor of Law in 1960. She was known for her involvement with students. She taught courses on legal research and writing as well as assisting with the Student Research Board and the Law School Legal Aid Clinic. She resigned as law librarian in 1965 when she went to part-time service.