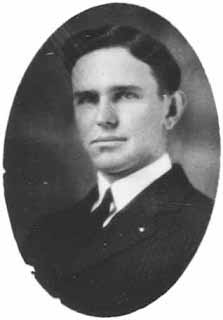 With the departure of Ione Spears, the Law Department returned to its earlier practice of having recent graduates serve as Law Librarian. Cecil A. Morgan (1899-1988) was admitted to practice in the Texas in 1923 and earned his LL.B. from the University of Texas in 1924. As a student, Mr. Morgan was a member of the McLaurin Law Society and Athenaeum Literary Society. Additionally, Mr. Morgan served as a member of the Texas House of Representatives from 1923-1925.

Mr. Morgan established a law practice in Fort Worth in 1924. He served as attorney for the Fort Worth schools from 1959-1980 and was one of the founders of the School Law Section of the State Bar of Texas.