Highlight - Benjamin Tarlton's Lectures to the Middle Law Class on the Transfer of Title from Individuals: Home

Lectures to the Middle Law Class on the Transfer of Title from Indiviudals, and on Estates as Affected by Marriage

Benjamin Dudley Tarlton's lecture on the transfer of title from individuals and his lecture on estates as affected by marriage, published in the spring of 1913, provides a glimpse of a law class at the University of Texas School of Law in the 1910s. Judge Tarlton's lectures on the transfer of title from individuals served as a supplement to Professor Yancey Lewis's Lectures on Real Estate, first published in 1902. 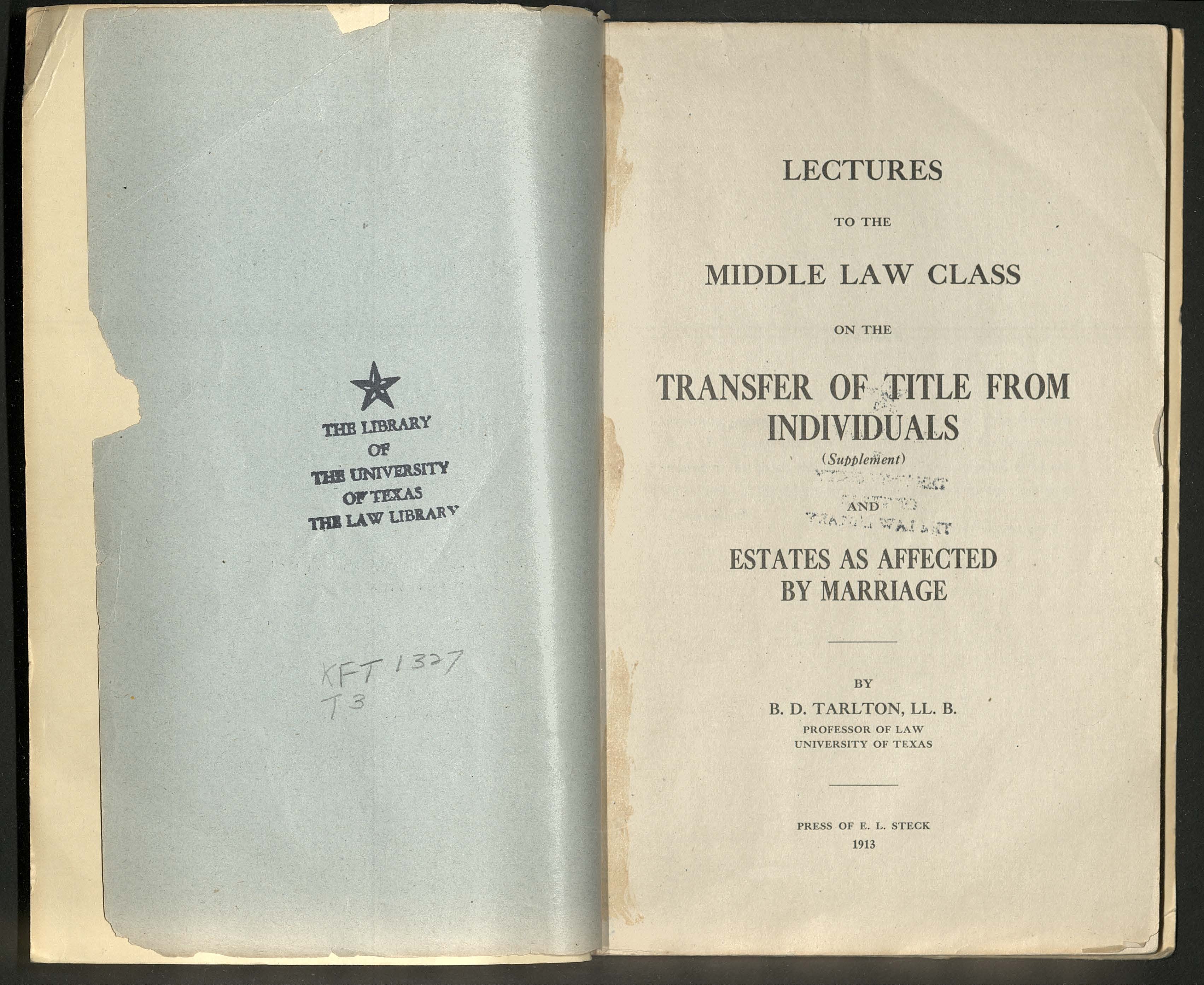 One of seven professors in the law department at the University, Judge Tarlton taught Evidence in the fall semester and Real Property in the spring semester to the middle law students in the 1912-1913 school year. Although the law department offered an undergraduate degree at the time, students were expected to take a year of college class work or five courses in the arts and sciences, including one in English and one in history, before beginning law classes. Students were also required to take three additional academic courses during the course of their studies.

Judge Tarlton (1849-1919) earned his law degree from the University of Louisiana (now Tulane University) in 1872. Three years later, he moved to Waxahachie, Texas and later to Hillsboro, Texas. Tarlton was elected to the Texas House of Representatives in 1880 and reelected in 1884. In 1891, Governor Hogg appointed Tarlton to the Commission of Appeals. He served until 1888 when he was appointed chief justice of the Court of Civil Appeals for the Second District of Texas. He retired from the bench in 1899 and returned to private practice in Fort Worth until 1904 when he became a professor in the law department at the University of Texas. The Tarlton Law Library was named in his honor in 1951.