Although students enjoyed an informal collection of skits in 1952, the first official Assault & Flattery took place in 1953 as part of the first Law Day’s activities, and was organized by law student Ed Weiss. The revue (according to the 1963 playbill) aimed to “bring Faculty and students together for a night of mirth and frivolity.” In contrast to more recent performances such as Motion’s Eleven (2011), these early performances were known only as Assault & Flattery. Also unlike today’s show, the Assault & Flattery of the 1950s consisted of a series of sketches put on by various law school organizations as part of a competition. Faculty performed a sketch as well. 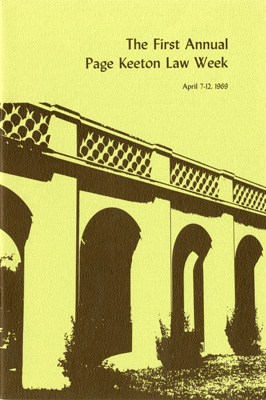 Much like the Assault & Flattery performances of the 1950s, the shows of the 1960s comprised sketches put on by various law school organizations and the faculty. Unfortunately the show took on a harsh, biting tone, offending faculty and others. Dean Page Keeton assigned Professor Byron Fullerton the task of screening Assault & Flattery submissions. However students frequently ad-libbed portions that had been omitted from the official script.

As the 1960s progressed, the show suffered from declining student interest and tired material. As a result of these problems, Assault & Flattery ceased production in 1967. The show found new life in 1969 when mid-law Milt Oberman revived a more professional and good-natured version of Assault & Flattery, and the show became an official Law Week event.

The 1970s brought some notable changes to Assault & Flattery. The show proved so popular that the one-night-only show turned into a two-night affair in 1977, extending to three nights in 1979. 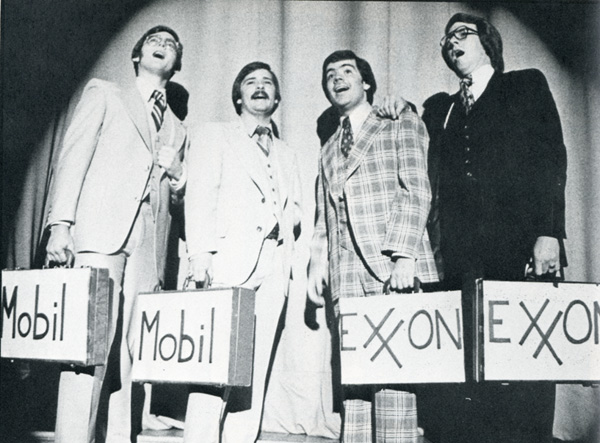 As in the past, the shows took place during Law Week. The format of the show began to shift in the 1970s, marking the transformation of Assault & Flattery from a collection of skits to a show united by a larger theme. In 1976, Assault & Flattery bore the additional title My Fair Lawyer. The students built Act 1 around the My Fair Lawyer theme, while Act 2 comprised of the more familiar series of sketches, songs, and guest appearances.

Although the show continued to run as part of the Law Week festivities, Assault & Flattery was no longer a collection of skits built around a competition. By the 1980s production took on the themed format it enjoys today.

The stand-alone musical sketches in the show evolved as well. By the mid-1980s Medley, UT Law’s a cappella group, began to appear in Assault & Flattery productions. Assault & Flattery gained official student group status in 1984. Official status did not eliminate the controversy surrounding the show, and Assault & Flattery continued to occasionally offend the sensibilities of some viewers, including the Women’s Law Caucus, which elected to pull its skit from the 1989 Assault & Flattery in protest.The production's popularity continued, enjoying an all-time high of four performances in 1989. 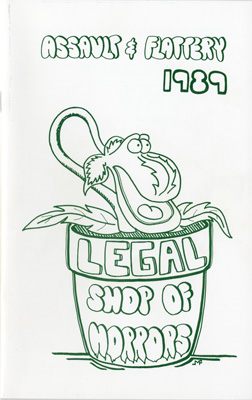 The 1990s brought no major changes to Assault & Flattery. As before, the student organization continued to delight its audiences with an annual show performed on multiple evenings during Law Week. 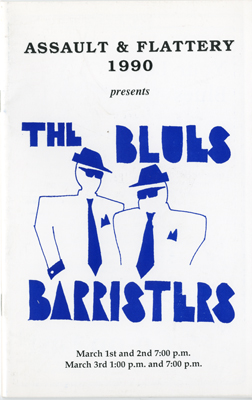 Many years a "cheat sheet" or key was available to the audience to introduce the characters and provide a brief overview of the traditions and history of the Law School referred to in the skits.

In 2005, the Assault & Flattery performance occurred after, rather than during, Law Week. Since then, it has remained independent of Law Week. 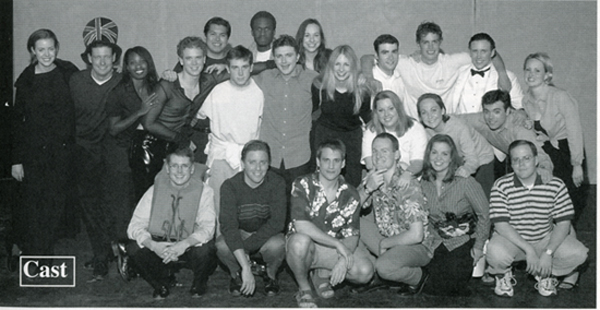 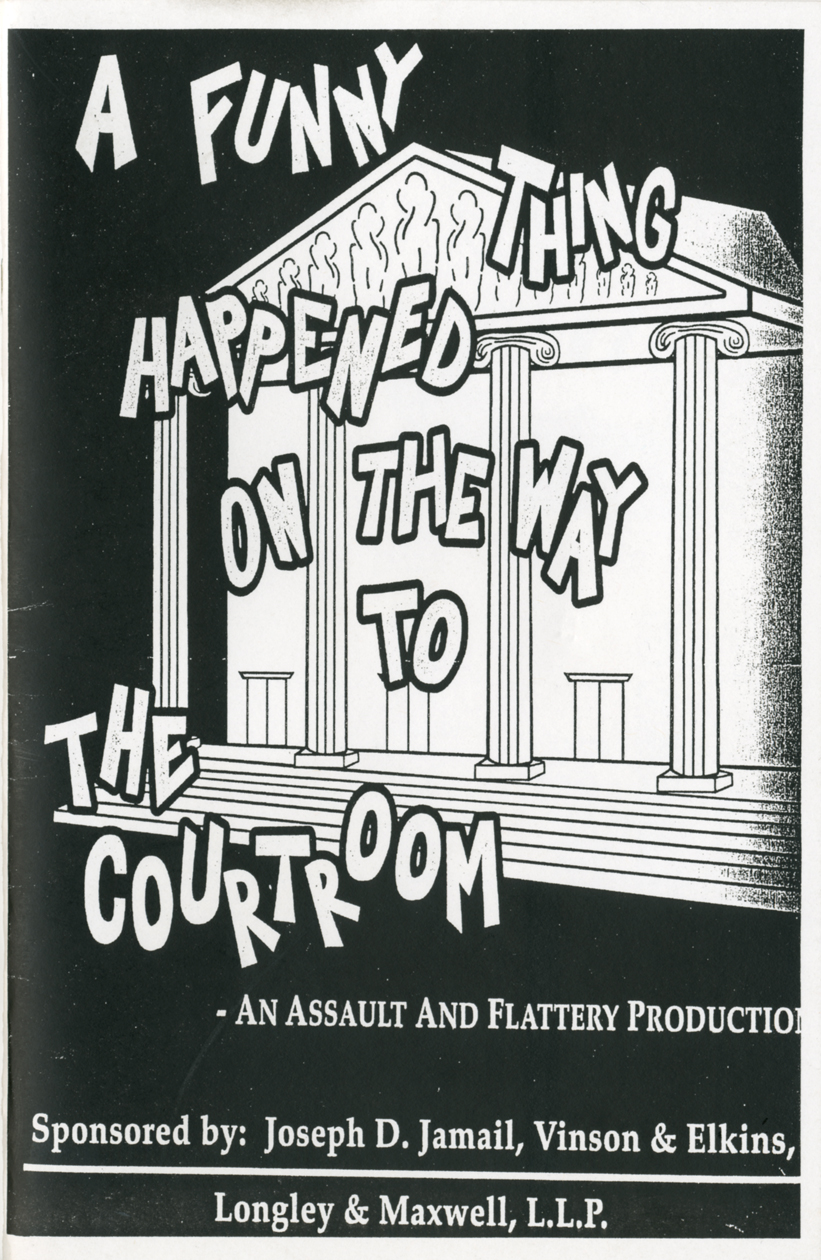 Assault & Flattery is a law school tradition that continues to the present. The musical comedy revue now boasts its own website and YouTube channel. 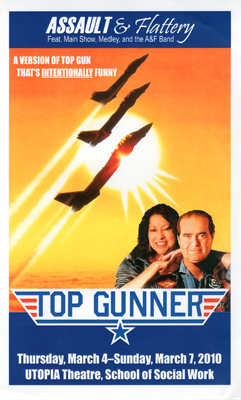 Assault & Flattery is a law school tradition that continues to the present.