This guide is meant to provide entertainment suggestions during COVID-19.

July 4th, Independence Day is a day during which we typically get outside for celebratory events like parades and fireworks, gather with friends and family for a cookout, swim or boat or picnic, and listen to patriotic music while watching fireworks. We have found many ways over the years to commemorate the events surrounding July 4, 1776 when the American colonies declared their independence from England. 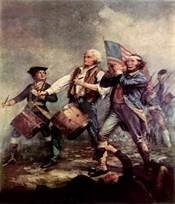 This year, of course, is so different. We are facing the threat of disease just by going out of the house and we need to address systemic social problems and inequities. There are many kinds of freedoms we can contemplate as part of this year’s holiday, but we need some alternative activities to do this. Since most of us will be spending time at home and likely indoors on July 4th, here are a series of activities to keep safely busy, engaged, and thinking about the day.

First, to set the mood, here are some “American crafts” that have activities for all ages. Click on “view gallery” on the first picture. Additional links go to instructions for specific projects. The major hobby and craft stores should have all the needed supplies.

While engaging in crafting, you might enjoy some 4th of July facts and trivia. Or you could take time out to look at some treasured documents held at the Library of Congress, including an original rough draft of the Declaration of Independence, and fragments of other drafting documents, documents providing the foundation for the US Constitution, early presidential inaugural addresses, the Emancipation Proclamation, and other unique and important records. The full text of the Declaration of Independence can be found here. 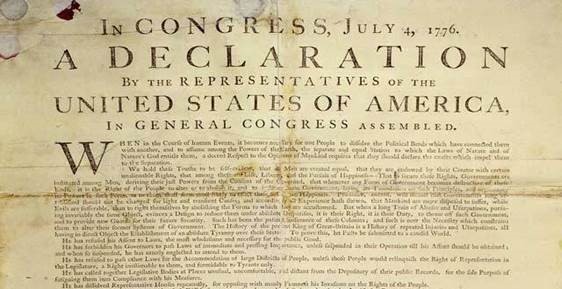 If you really want to get outside and still remain socially distant, the Roadtrippers app can lead you to some lesser-visited local attractions. And if you are ready to expand your social circle beyond your four walls, think about forming a “quarantine pod.” And virtual tours are available of Independence Park in Philadelphia, which includes Independence Hall and the Liberty Bell.

Many of our local parades and fireworks displays have been cancelled or scaled back and are all subject to social distancing requirements (the Austin American-Statesman has a list of what’s available). If your day isn’t complete without celebrations and fireworks, however, you can watch the events in several major cities. New York, Washington, D.C., and Los Angeles. 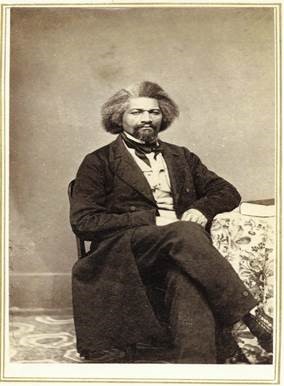 Throughout the day, you may wish to read or hear major Independence Day speeches from America’s leaders over the years. Often referred to as the greatest 4th of July speech of all time is “What to the Slave is the Fourth of July?” This address was by Frederick Douglass, who escaped slavery in Maryland and became a leading abolitionist both in the US and internationally. A thorough description of the remarks and their context can be found here. Reading Douglass’ words is especially important this year; it can help us realize a different view of the Independence Day holiday and gain a better understanding of the depth and duration of many of the inequities in today’s society.

Other Independence Day speeches and excerpts considered noteworthy are discussed and linked here and here. Featuring remarks by presidents of both political parties, throughout history, we can gain a sense of the many changes through which the country has gone and the challenges facing it today as we try to fully realize the values of the nation as originally stated:  that all men are created equal, that they are endowed by their Creator with certain unalienable rights, that among these are life, liberty, and the pursuit of happiness.