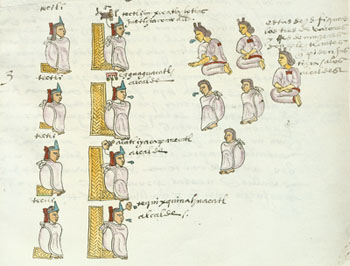 The Aztec judicial system was made up of multiple courts with differing levels of jurisdiction. These included the trial courts, appellate courts, and a supreme court. The trial courts were known as Teccalli courts, and heard civil and criminal cases involving commoners. Civil judgments by this court were considered final, but criminal sentences could be appealed. The appellate courts, known as Tlacxitlán, reviewed criminal appeals from the Teccalli courts and served as trial courts for cases involving nobles and warriors. The Aztec Supreme Court reviewed decisions from the Tlaxitlán. The Chief Justice, or Cihuacoatl, determined the final verdict and his decision could not be appealed to the Emperor or the other judges. If the Cihuacoatl decided that a case was too important for the Court to rule on alone, it was sent to the Emperor, who held court every 12 days and rendered final judgments with the assistance of four elder noblemen. The Emperor retained the ultimate right to intervene in cases or appeals that were of importance to him or to the empire. 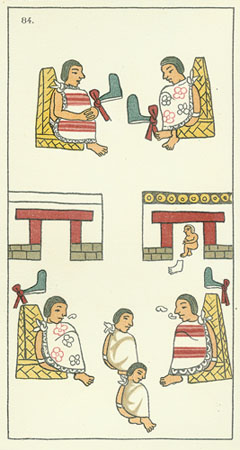 The Aztecs had various special jurisdiction courts, including commercial courts (which handled marketplace and merchant disputes), family courts, fiscal affairs courts, a military court, and a religious court (which handled cases concerning priests, students, and religious matters). The Aztecs additionally had neighborhood courts that were similar to modern justices of the peace. Judges were elected by the neighborhood to hear minor criminal and civil cases, and reported their decisions to the Tecalli courts. These judges also had a police force to serve summons and arrest criminals.

Aztec judges were viewed with great respect and honor, and were expected to be impartial, ethical, and honest. The Emperor (or tlatoani) appointed the Cihuacoatl, who in turn appointed all of the lower court judges except for the neighborhood judges. Judges were appointed for life and could be removed only for misconduct. Judges received their training through an apprenticeship program that involved observing court proceedings. Future judges were then selected from among the apprentices. The judiciary was self-policing, and judicial misconduct was punished by reprimand for the first minor offense. After the third minor offense, a judge would be removed from office and have his head shaved, which was considered a great humiliation among the Aztecs. Major breaches of professional ethics, including bribery, accepting gifts, and colluding with a party to a case, were punishable by death.

Individuals who were accused of crimes or were involved in civil disputes were summoned to court and had the opportunity to defend themselves. Attorneys did not exist, and individuals usually represented themselves with the assistance of friends and relatives. Trials were public, all parties were required to testify under oath, and documents, testimony, circumstantial evidence, and confessions were admissible. No trial could last more than 80 days and verdicts were determined through a majority vote. Judges were assisted during proceedings by court personnel, including recorders or painters who documented the court proceedings, a crier who announced verdicts, and an executioner who carried out death sentences.